The Zeth Army of the Magic Kingdom of Zeth is one of the major superpowers of The Continent, and the single most powerful collection of Mages of the mortal realm in the current era. While the Army of the magic kingdom cannot match the size of the Helman Army or the versatility and expertise of the Leazas Army, it is by far the most advanced in the use of Magic which gives it great offensive power and a diverse set of weapons, turning it into a considerably powerful force.

The Army is usually only deployed for major large-scale incidents such as an invasion from the Monster Realm or a War against another nation like Leazas, but it may be also be used in a situation of great internal strife if critical enough to warrant it. The military's generals only answer to the most important leaders of the Kingdom like the Ministers, the Four Lords of Zeth and the Royal Family. Those orders are absolute and disobeying them is punishable by death.

Their military force is divided of four different units each associated with the different elemental schools of Magic, with the exception of the less widespread Darkness School, with the general of each army having achieved a formidable level of skill in their own branch of magic. The Four Generals of the Military are all among the most powerful mages in Zeth, skilled both as Mages and as miltary commanders capable of leading their troops on the battlefield to a great effect.

Below the Four Generals are the regular mages of the Zeth Army. In order to become a member of the military a strict training regimen and a decent skill at offensive magic is required. The Mages are divided into three classes, the Low-Rank, Middle-Rank and High-Rank, and it is a hierarchy based solely on the individual power of the mage with higher-ranks casting more powerful and advanced spells than the lower ranked. As it is expected from the Magic Kingdom, the Mages are the backbone of the Military and the combined forces of hundred of mages trained for combat make for a truly fearsome army.

Under the mages are the appropriately named Meat Shields, 2nd Class Citizens incapable of using magic that are trained on the use of polearms and carry heavy shields. They usually are trained to have a strong and durable body with a considerably large amount of stamina, as their primary objective is to stay at the frontlines and prevent enemies from reaching the mages. They are not trained on offensive combat, instead focusing on defense in order to give time for the mages in the back to cast their powerful magic and defeat the enemy forces from afar. While the mages are the main strength and firepower of the Zeth armies, warriors are a vital yet often overlooked component of their fighting force. The Ice General Uspira noted herself that without any warriors to protect them, mages were completely exposed with no protection from physical attacks, and could easily get rushed and slaughtered on a large-scale battle before being able to use their magic, showcasing just how important the warriors are despite their lower status.

The Fire Army is a very strong defensive unit deployed on Adam Stronghold, a major military fort that protects the nation of attacks coming from the eastern Kingdom of Leazas. It is currently commanded by the brilliant Saias Crown, a brash but kind man and one of the most skilled mages of Fire Magic. 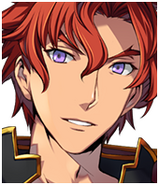 The Ice Army is a powerful unit set in Tape. Because it is close to the Fire Army headquarters, they often operate together and help each other during hardships. It is currently led by Uspira Shintou, a former researcher, now cold but absolutely dedicated to the country's defense, with an outstanding skill in Ice Magic that eventually rose to the position of a general through talent and hard work. 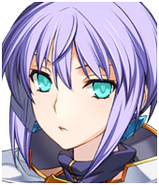 The Thunder Army is based in Amber Castle. Thanks to its influence the area is extremely heavily guarded, and it's almost impossible to attempt a frontal attack on the Castle. It is led by Kabachahn the Lightning, the most poweful and experienced of the Four Zeth Generals and a living legend in his own right. 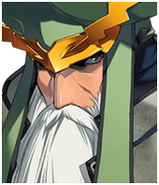 The Light Army is based in Old Zeth, and is more often requested during situations of internal crisis. It is currently led by the young but promising Alex Valse, and though he is an inexperienced and naïve General he already possesses an incredibly high level as a mage, and has even greater potential. 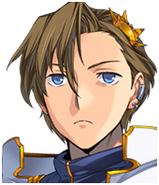