AliceSoftWiki
Register
Don't have an account?
Sign In
Advertisement
in: Articles with No Spoilers, Articles needing a Quote, Characters,
and 5 more

Torako is a mage of the Uesugi House proficient in the Yin-Yang arts.

She has an iconic accessory in her head that resembles bear ears. She is in constant competition with Katsuko, rivalry that goes both ways. Their relationship is pretty bad, being constantly fighting and arguing, but they still trust in each other in the battlefield, and they both share great admiration for Uesugi Kenshin.

She's originally from the Houjou House, where she trained in the Yin Yang arts, but left to side with Kenshin and joined the Uesugi house.

In Sengoku Rance, after defeating the Uesugi House, Rance picks her and Katsuko out of a lineup for H, who treated even that as a competition to show her superiority over Torako by stating how he picked her first instead.

In Rance Quest she, along with Katsuko, follows Kenshin outside of JAPAN.

She has good cap of 35 and her current level before Quest was 15.

As a former member of the Houjou House, her skills in the Yin Yang Arts are adept, being capable of enchanting shikigami and forming barriers. Her skills are valuable outside of JAPAN due to the rarity of this type of magic. 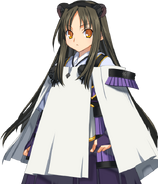 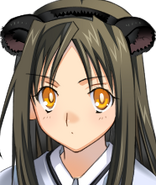