The world created by Ludo-Rathowm, consisting of a main continent and some islands floating in the middle of the universe, supported on the back of four Holy Beasts (JAPAN was supported by a fifth Holy Beast living within it). Whenever any of the Holy Beasts move, earthquakes occur. In the picture above, two of the Holy Beasts are visible (an elephant and a turtle). It's a geocentric world with no oceans, only streams, rivers and a very large lake that rises to form a sea during the High Tide once every 10 years. It has a calendar system divided in eras based on the current reigning Demon King.

The most prominent species are humans, hannies and monsters. There are roughly 300 million humans living in the world and 2 billion hannies. The amount of monsters was never estimated.

The Continent is the main setting where the events of the Rance Series of games takes place, though a few other Alicesoft games such as Toushin Toshi are also set in the same world.

Read History of The Continent

The Planner Scenario is a collective term for the universal structure of Ludo-Rathowm's world, created by Supreme God Planner, who is constantly making sure that a balance is preserved within the scenario.

The elements that make up the Planner Scenario are:

Outsiders of the Planner Scenario

The Human Territory is the area on the eastern side of the Continent, established during the reign of Demon King Gi.

Prior to Gi's rule, Demon King Gele had monsters swarming all over the Continent as she cared little for humanity or any living comforts they might feel entitled to. Gi changed that by allocating territory for monsters and territory for humans, the monsters were mostly called back to the western half of the Continent and formed the Monster Realm, while the humans were left to their own devices on the eastern half. Many internal conflicts amongst humanity brought about the rise of the four main territories within the overall human territory.

The Helman Empire dominates much of the north and north-west sections, the Kingdom of Leazas has claimed the fertile soil to the north-east, the Magic Kingdom of Zeth owns the land to the south-west, and the south-eastern section is made up of an alliance of Free Cities. Additionally, there is a floating landmass known as JAPAN to the east of the mainland.

Between Zeth and Helman and east to the Crystal Forest, there's a huge desert called the Kinani Desert. This desert is a death-zone for humans since trying to pass is suicide with the sand-storms and the huge path of sand. This made it impossible for Helman or Zeth to try to invade the other. There's one small nation called Shangri-La in the middle that is completely independent to everything else.

The Kalar Race reside in the Crystal Forest in the centre of the continent and are unified under a single country called Pencilcow, founded by Index Kalar and Hanty Kalar. Humans are not allowed to enter and are either killed on sight or captured for breeding purposes until they die.

The world is currently divided into these major powers, and humanity is rarely in unison. Though there have been attempts to unify humanity, such as Emperor Ishimaru Fujiwara's conquest during Demon King Nighcisa's reign, but there has only ever been one successful unification of mankind in history and that was during the reign of the Holy Magic Sect. That time however, has long since passed.

Monsters still exist within the human territory, just in smaller numbers than they do in the Monster Realm. Higher numbers of them are more commonly seen within the area where Zeth and Helman both border the enemy territory, but that was fixed by erecting superstructures to act as physical barriers and defensive lines to protect humanity from the Monster Realm. Zeth constructed the Maginot Line, a complex and high-tech magical defense system, while Helman constructed the Fort Banra, an enormous stone wall that soldiers can live inside. These two structures make up a visible line between the territories of man and monster.

Ever since Ishimaru Fujiwara conquered most of the continent during Nighcisa's era, JAPANese became the prominent language in the world and it remained that way until the present. The old language has long since been lost, though there is a handful of extremely old ageless individuals such as Dark Lord Galtia that are knowledgeable of it.

Money in The Continent is GOLD (which is simply called "G"). One "G" is approximately 100 yen, and thus is now slightly more than one USD. Gold is collected by Haniwa from the remains of the mindless Golden Haniwa.

Currently the world is roughly divided into:

There are also around 87,000,000 people that are not affiliated to any nations in particular. There were other nations in the past as well, but they have since died out.

As humans gather and form nations, they developed their own hierarchical in a pyramid-shaped system, with a selected number of people in positions of power to control the masses.

Their Civilization is divided in:

They also have their own mores and social manners. They tend to rely on items they craft on their own, rather than just using raw elements. Some of the most notorious elements of human creation are:

The most prominent religions in The Continent are:

The AL Church is spread all over the continent and is the most popular religion of humanity. It has its capital in the island of kawanakijima in the western side of the Free Cities Alliance and worships Goddess ALICE.

The Haniwa Temple is the religion made by the Haniwa race to worship the Hanny King.

The Tenshi Sect is a more exclusive religion that was born in JAPAN. However, it is its most prominent religion and it's the only human nation where the AL Church's influence is non-existent.

The Monster Realm is the name given to the area on the western side of the Continent, established during the reign of Demon King Gi.

Most of the monsters live here, along with Dark Lords, Apostles and the Demon King. Beyond the Monster Forest, which marks the boundary between the Monster Realm and the human kingdoms, the Realm is a huge greyish landscape with a very obscure and dark atmosphere. It is foggy and full of thick clouds with a constantly heavy air, humid, and it feels like you're breathing miasma. The monsters like it, but to a human it would feel like fatigue was constantly eating away at them.

Death is almost guaranteed for humans that enter to the monster realm, not only because of the hostile landscape and the overwhelming amount of monsters that inhabit it, but because it's where Dark Lords live, and an encounter with one would be certain death for any human.

To prevent invasions from the Monster Realm, human countries have established giant protective barries like the Maginot Line in Zeth.

The Legends of The Continent

Some legends are passed across the continent, some people or entities are recognized as having a legendary status and are widely known by all.

Translated map from the Rance 01 OVA.

The Continent in the Rance IX Manual. 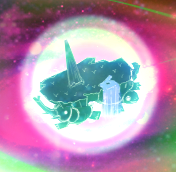 A view of The Continent from outer space.

The Continent as shown in the Rance II manual, which may be the first actual map shown by Alicesoft.
Add a photo to this gallery
Retrieved from "https://alicesoft.fandom.com/wiki/The_Continent?oldid=113512"
Community content is available under CC-BY-SA unless otherwise noted.