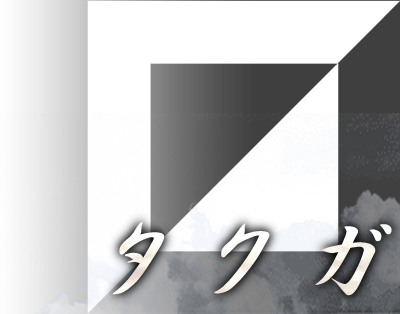 The Takuga is formed by a group of outcasts locked inside Death Country. Though they are initially officially under the authority of Houjou House as the main source of ogre activity, the residents band together to proclaim their independance before invading the neighboring region belonging to Mouri House, which leads to them being pressured into an alliance with Mouri Motonari. They are a close-knit group always looking out for each other with a fairly informal behavior, deciding on leaders and names with luck games.