In the not-so-distant future, due to long term depression, Japan can no longer manage its criminals within the limits of taxpayer's money. Even after legalizing or pardoning petty crimes, and implement "stay-at-home imprisonment" for some crimes, the prisons are still being overfilled. Afterall, in a society where it's hard to find a decent job, the free food and shelter at a prison looks rather alluring...

To take care of this problem, the government has allowed the existence of privately owned and operated prisons. Cooperation with a prison license get the prisoners as cheap labor, and at the same time the prisoners receive training and learn skills that might help them find jobs when they are released back into the society.

The main character, Kenbishi Masato (剣菱雅人), is a guard at one such private prison. It's a small scale prison converted from a get-away mansion, owned by Masato's old friend, Suzumiya Kazuo. Because Kazuo was a newbie in the prison business, he decided to run a female prison (less chance of violent prisoners). As a result, many of Masato's colleagues are females too.

Sometime afterwards, Kazuo died of an illness. The prison was left in the care of his widow, Suzumiya Mitsuko (鈴宮蜜子), whose inexperience was resulting in the prison's operations losing money, to the point where they might have to close down.

Masato, who has feelings for Mitsuko, said he doesn't want to lose his job, and sought a way to improve the financial situation of the prison... 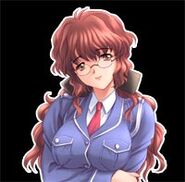 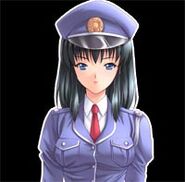 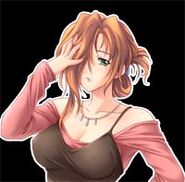 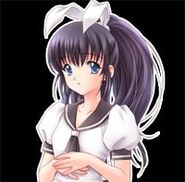 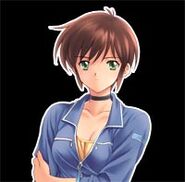 (c)アリスソフト
Nemuro Reika, prisoner
Add a photo to this gallery
Retrieved from "https://alicesoft.fandom.com/wiki/Suzumiya_Prisontitution?oldid=106424"
Community content is available under CC-BY-SA unless otherwise noted.