The Supreme Dark Lord (魔人筆頭, majin hittō) is a special position given to Dark Lords who have gained the favor of the Demon King. It is considered to be the greatest possible honor for a Dark Lord to achieve, and denotes them as being the highest authority in the Monster Realm after the Demon King themself.

Unlike the qualifications needed to be recognized as one of the Four Elite Dark Lords, the title of Supreme Dark Lord is not dependent on strength. Though the Supreme Dark Lord is often among the most powerful of their peers, the position symbolizes the trust and respect that the Demon King places in them more than it does their ability. As such, Kayblis, who has been acknowledged as the strongest Dark Lord since the GL Era, has never once held the position due to his craven and duplicitous personality making him generally unpopular. Only one Supreme Dark Lord may exist at a time, though the title can be passed from one Dark Lord to another should the Demon King see it fit to do so.

The rank of Supreme Dark Lord was first implemented by the Demon King Gele as a means of bestowing additional privilege to Gi, a powerful and charismatic Dark Lord who had won her affections enough to become her lover. While Gi eventually turned this trust against Gele in order to seal her away within the depths of her castle and claim her power for himself, he continued to utilize the position of Supreme Dark Lord throughout his reign as Demon King, bestowing it first to his friend and confidant Ramon C. Burksham before passing it on to his daughter and intended successor Hornet.

As the Monster Realm was thrown into a state of disarray following the induction of Kurusu Miki as Demon King, no Supreme Dark Lord was officially recognized after the end of the GI Era; with leadership over monsterkind in the Demon King's absence instead being divided between the feuding Hornet and Kayblis. In spite of this, however, as the authority that Hornet commands among her followers within the Hornet Faction is rooted in admiration for her character and the belief that she will uphold her father's legacy, she can still be viewed as representing the ideology that served as the foundation for the position of Supreme Dark Lord despite no longer formally possessing the title. 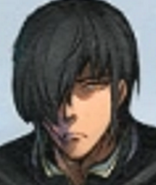 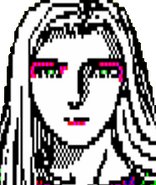 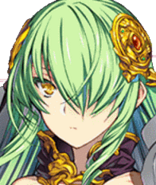 Hornet: GI????-GI1015
Add a photo to this gallery
Retrieved from "https://alicesoft.fandom.com/wiki/Supreme_Dark_Lord?oldid=112863"
Community content is available under CC-BY-SA unless otherwise noted.