AliceSoftWiki
Register
Don't have an account?
Sign In
Advertisement
in: Articles with Minor Spoilers, Organizations, Antagonist group,
and 2 more

The Silver Eye Sect (銀目教, ginme kyō) was a criminal organization founded by former Oda House warlord Gumo Danjou sometime during the events of Sengoku Rance. It was a fairly large group that operated near the coast of Lake Biwa. Danjou created the group with the intention of forming his own independent army that would allow him to exterminate all Ninja and conquer JAPAN for himself. However, the Sect was almost completely destroyed before it was able to begin operating by the Kunoichi Suzume, who happened to have been out bass fishing on Lake Biwa while they were holding a gathering. Suzume effortlessly killed the majority of its most important members, including Gumo Danjou, causing it to disband and quickly get forgotten about.

The Silver Eye Sect was reformed following the defeat of the Dark Lord Xavier by Kakusui, the former personal ninja of Gumo Danjou who was away at the time of its destruction. Gathering the surviving members, the organization began operating in the former fortress of Momotan, the creator of ninjitsu, just outside of Iga. Kakusui intended to take revenge for Danjou's death by killing both his murderer Suzume and her master and Danjou's nemesis Inukai using the power of the legendary Decapitation Blade owned by Kentou Kanami. While she succeeded in stealing the Decapitation Blade, a combination of the efforts of Suzume, Kanami and Senhime, poor budgeting, and her own incompetence resulted in Kakusui getting defeated and sold to Pluepet, causing the Sect to be destroyed for good.

The majority of the Silver Eye Sect's members were criminals such as ronin and bandits. Despite their unsavory backgrounds, they were all completely devoted to their lord Gumo Danjou, and willingly continued operating following his death in order to avenge him. They varied greatly in strength and ability, though on average they tended to be fairly weak and unimpressive fighters. The most powerful division of the Sect was a squad known as the Hollow Ninja, which was composed entirely of skilled ninja and led by Kakusui. While the highest ranking members of the Hollow Ninja were quite powerful, they were still substantially below the elite of Iga, and posed only a minor threat to Suzume and her party in combat. The most powerful members of the group being ninja is somewhat ironic, as Danjou was notorious for his burning hatred of all ninja, though it is likely he kept this hidden from his followers.

The Silver Eye Sect's power was weakened substantially following Danjou's defeat, losing most of its members as well as its base in Lake Biwa. While the remaining members stayed loyal to Kakusui as their new leader, they were severely lacking in both resources and manpower, requiring her to take out several loans in order to keep them funded. This lack of preparedness ultimately proved to be its undoing, as it was once again destroyed without much effort. 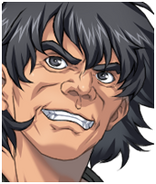 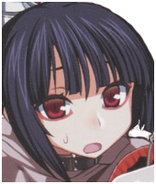 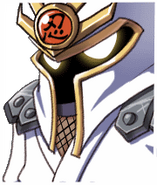