Parameters can be improved by training and winning battles.

After each battle, surviving party members gain bonus training points for every parameter. The amount gained is two times the points from the Training points chart. If the "Combo Attack" (see next section) is used to finish a battle, the bonus points is doubled (so 4x the amount in the chart).

However, do take note that when a character beats the boss character(s) with a normal attack, and ends the battle, the character usually has a +1 increase in their speed, which may change the sequence of your future battles.

On the other hand, should you lose a battle, you are given the option to retry the battle, should you choose to do so, you get to train once more before you enter the battle again, thus you would have slightly better stats. 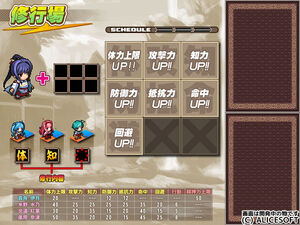 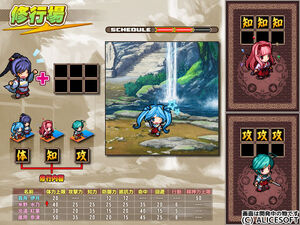 During combat, each side places their combatants on a 3x3 grid. Formations can apply various bonuses to combatants placed on specific locations on the grid.

The objective of the combat is to defeat the other side's boss. Thus if the protagonist falls in a fight, you automatically lose the entire battle. 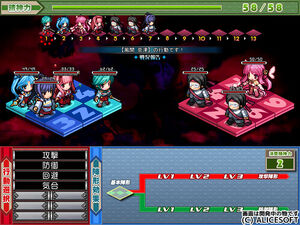 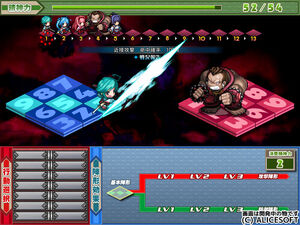