Rance VI: The Collapse of Zeth

Rance VI -The Collapse of Zeth- (Rance VI -ゼス崩壊-) is the ninth installment of the Rance Series, released in August 27th 2004 in Japan. A new uncensored version translated in English and bundled with Rance 5D was also released by MangaGamer (download or hardcopy) on the 23rd December 2016.

Despite the fact that 5D was released earlier, Rance VI is usually considered the beginning of the new Rance timeline set after Kichikuou Rance, due to the much bigger scale of the game along with the fact that it takes place in LP0004, leaving the year LP0003 where Kichikuou Rance would have taken place as "the missing year", since the canonical events of that year weren't adapted into games. It was also from this point that many details of the lore and the setting were better established and given further detail.

VI is a turn-based dungeon crawler RPG with a unique system that limits the amount of times a character can be deployed in battle per dungeon, forcing the player to strategically organize how to use the characters through each dungeon in order to get to the end with the most optimal party, since it features dozens of playable characters with a different skillset that work better for different circumstances.

It is often considered to be among the best of the series due to its well-written and developed plotline, vast array of characters, fun and addicting gameplay and unique setting.

The game's soundtrack was released as Alicesoft Sound Album Vol. 05.

Set in the year LP0004, Rance and Sill travel to the Magic Kingdom of Zeth because they ran out of money once more. However, after offending a high-ranked minister and magic user named Radon, Rance is ironically thrown into the slave camp while his magic-using slave Sill is treated as a VIP.

Vowing vengeance, he eventually escapes with the help of an underground resistance group called Ice Flame. Currently Zeth is an extremely un-equal country, with magic users being the only real citizens and the non-magic users treated much like slaves with virtually no rights. Only groups like Ice Flame and the more violent and extreme group known as Pentagon, and perhaps the mysterious King of Zeth try to fight this cruel status quo.

Rance joins the group in order to get his revenge against the mages of the government of Zeth, and be reunited with Sill "while he's at it". 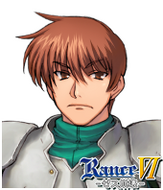 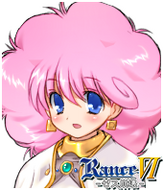 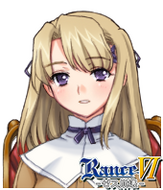 The most recent official release from MangaGamer was released on May 2, 2017. A fan-patch that fixes various issues can be downloaded here. A second fan-patch (compatible with the first) can be installed to add Takega Satsu from Daiakuji, free DLC originally created for the Japanese release. The text for this DLC was officially translated as part of the game's core files, but the patch itself was never released by MangaGamer. Downloads: MediaFire, Mega.