Rance Quest, occasionally referred to as "Rance VIII," is the 11th game in the Rance Series, released on August 26, 2011.

Unlike its predecessor, Rance Quest is not a strategy conquest game—instead, it is a role-playing game similar to Rance VI, but tweaked to include features from Sengoku Rance and Toushin Toshi 3. It includes 3D graphics for both dungeon exploration and enemy display in battle, using a first person view battle system. It's, in many ways, opposite to VI's system, which used 1st person dungeons and 3rd person battles, and that limited the amount of battle characters could be used, whereas Quest limits the amount of times characters can use their skills.

Just like VI, it includes a huge cast of characters from all the previous installments, as well as some new, all with different classes that allow customization in the way they level up. The cast is even bigger than VI's but, dividing the characters in classes, also makes some fairly similar to others at the end of the day.

The plot of Rance Quest is pretty simple, straightforward, and lacks a relevant plotline that ties the events to the overall saga since, while it does have a main plot, the game is mostly about Rance taking up different quests from all over The Continent. It is much more character-focused than plot-focused and it is likely that, since it's the last game where focus on several minor characters can be given, the main intention was to cover or finish many secondary sub-plots of many different characters and give them a proper conclusion.

On 13 Jan, an expansion with new CG and missions was announced, which released on 24 Feb 2012. This expansion is called Rance Quest Magnum. This version has since been updated with additional content from AliceSoft, both in form of official patches and unofficial add-ins and mods from AliceSoft staff.

The expansion expands the storyline a lot and fixes a lot of gameplay issues the original Quest had based on the player's feedback, vastly improving the experience. With the expansion, it properly feels like a full entry to the series, with Rance actually facing a major threat this time and properly adding more to the plot, along with better tying with Rance IX. While the expansion was released later, it's very easy to guess that it's how the game was intended to be released and that the original was rushed.

An official translation was released by MangaGamer on February 25th 2021.

Rance Quest follows where it left off after the events of Sengoku Rance. Rance leaves JAPAN along with Suzume with the objective of visiting Pencilcow and request the Kalar for help with the curse that keeps his slave Sill Plain encased in unbreakable ice. Rance starts living in the new city founded by Copandon called Cidade, where Rance just slacks off for a while, sometimes taking cheap missions. He saves a common girl called Sachiko Centers from monsters, but in exchange turns her into his new slave to replace Sill.

A few months pass with them just playing around until he finally decides to visit the Kalar in order to have sex with the Queen Pastel Kalar, and ask her about Sill's curse "while he's at it". However, upon interrupting and raping the Queen during a secret ritual, she places the dreaded Morurun Curse on him, which prevents him from H-ing women under level 35.

From that point, Rance adventures all over The Continent for various purposes while looking for a cure for Sill's curse and his own, but over the course of the game he experiences many odd turns of events that are secretly manipulated by a dark organization. 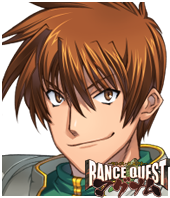 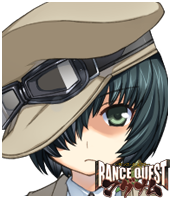 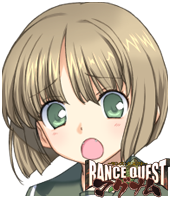 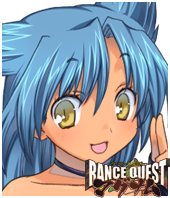 Although not absolutely necessary, it is recommended to run the game on computers with DirectX 9.0c installed, and with at least the following:

One should also have any sound card supporting "Wave Out Mix" and/or DirectSound. And any (128 MB) video card supporting 1024×768 display resolution, full-color, and Pixel Shader 2.0.