Rance IX: The Helmanian Revolution is the 12th game in Alicesoft's flagship Rance Series. It takes place in Helman and revolves around Patton Misnarge's revolution against the Empire of Helman, drawing elements from other subplots as well. The official website was launched on 14th November, 2013 and the game was released on April 25th, 2014.

Unlike the previous game, it is an SRPG divided in chapters with many different events, be it story-related or just battles. The battle system is in a turn-based chess board style, moving units of different classes across the map. Different classes vary the way their stats grow wildly. They all have their own unique special moves as well, all completely different to others for different purposes. Aside from the battle system, the game features a new and exclusively seen "Rance Mode", which allows Rance to H one of the main heroines(whoever the player picks) and increase the relationship with her. Depending on the heroines cleared, a different route will be taken near the end of the game, splitting in different endings depending on the heroine chosen. Despite the gameplay being fairly fun and involving, it is usually considered a weaker aspect of the game and pales in comparison to previous Rance games, yet the story is often considered top notch, with an interesting setting and some great twists and characters. The ero content is also considered among the best of the series.

The game is noted for being incredibly similar to the SRPG released in the 90s by Alicesoft, Mamatoto. It has a huge amount of references to the game, many of the gameplay elements are very similar and downright based off the game, and even some characters were created to be replicas of the ones from Mamatoto. The similarities are so big that many claim that it's almost a Mamatoto remake in a way.

The game's soundtrack was released as Alice Sound Album Vol. 25.

An official translation by MangaGamer[1] was announced in July 9th 2018, along with Rance X.

Helman is a cold and barren country in the northern part of The Continent, yet it is the oldest human nation of the current era. Once a mighty nation, with the most powerful military in the world and a solid economy, but that time has long since passed following the enthronement of the current Empress Sheila Helman and the parting of the former Prince Patton Misnarge. Despite her status as an empress, she's nothing but a puppet, and the Prime Minister Stessel Romanov carries the actual power. Under his control, the nation is in utter corruption, with obscene levels of poverty and deaths for starvation.

It's the year LP0006, only four years since the presumed death of the exiled Prince, but rumours have been growing that he's not dead, and a Revolutionary Army is supposedly being formed under the name of this ghost from the past, returning from death to claim his legitimate right to the throne, along with many others that support him in his effort to remove Stessel from power.

In order to do so, Patton needs help from an old friend he met during the Collapse of Zeth of LP0004, a brutish yet powerful adventurer called Rance, who agreed to lend him his power and joins the Helman Revolutionary Army, with a few conditions. Patton has a deep trust over Rance, who's confident that under his guidance, the revolution will succeed in only 2 months.

Rance only has two goals, to find a secret and powerful item said to be stored within Helman's Royal Treasure that could potentially release Sill Plain from the eternal ice she's encased in, and to screw as many cute girls as physically possible, having made the Empress Sheila Helman herself his major goal.

And so, the Helman Revolution begins... 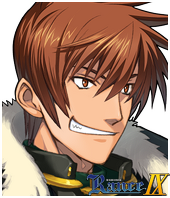 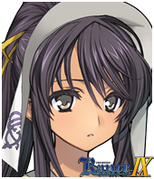 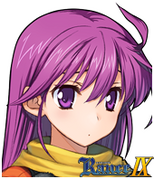 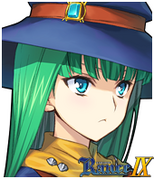 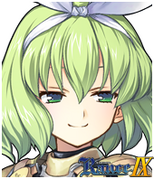 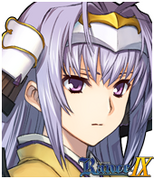 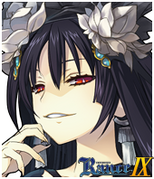 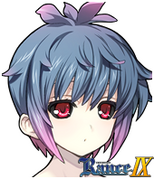 "First is our Hero, Rance! His clothing is specially suited to cold climates. But he will take them off soon. He'll be a naked man as usual."
Ee359b9c.jpg
"It's Patton. He'll be covering the Guard job this time around. His new armor is so hard! Even harder than the original!"

"Some female characters, some old--

"We also have a rough sketch of an event! What could this picture be..."

"There are both enemies--

New art for Maria in an official blog post