Rance IV: The Legacy of the Sect

Rance IV -Legacy of the Sect- (ランス IV－教団の遺産－) is the fourth installment of Rance Series, made originally for PC-98 and released in 1993. The game is now freeware and was translated into English on 09/03/2013 - download link can be found on the Translation project page.

It is a retro styled turn-based dungeon crawler RPG with a top down interface. Throughout the game, Rance may gain new allies that can be added to the main party and equipped with items from the inventory. The game also follows a new time system that limits the number of steps and battles that can be carried out at the start of the day - the exact number fluctuates slightly.

The game's soundtrack was released as Legend of Rance II -Kichiku Densetsu II-.

While a remake was not announced, interest in making it at some point has been shown and it's pretty much guaranteed, most likely receiving the name of Rance 04.

The game follows right where it left off. After Rance's battle with the former Demon King Gele, he was trapped along with Sill in an alternate dimension with no means to escape before being transported by the God of Light GOD and taken to an unknown location that they've never seen before.

Rance being literally naked, and with his level mischievously dropped to 1 by the God of Light, they find themselves in an unknown land that isn't in The Continent they've always lived. They come across a small town nearby and it doesn't take them too long to find out that they are actually in the floating island above Leazas, Ylapu. Stuck in the floating landmass with no means to get out, they are forced to investigate in order to find a way to return to the main continent.

Meanwhile, the Queen of Leazas sends a platoon called the Rance Rescue Team to the unknown land in order to help Rance. However, Leazas is not the only country visiting the floating land, as they will also come across Helman agents and they will be forced to fight to stop the awakening of an ancient super weapon from hundreds of years in the past. The Legacy of the Sect. 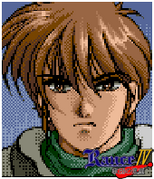 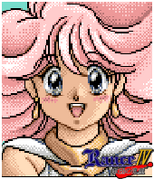 The freeware English release by Tulip Goddess Maria can be downloaded here.

An additional patch can be downloaded here and applied to the above release.