Rance II: Rebellious Maidens (ランスII－反逆の少女たち－) is the second game of the Rance Series, remade in 2009 and released in Alice 2010. The game is a turn-based dungeon crawler RPG with a top-down interface. Throughout the game, Rance may gain new party members, though further customization, such as organizing equipment, are unavailable for some.

The remake released in 2009, Rance 02, came in two versions: the first being a graphical update, retaining the exact same gameplay, storyline, script and engine to the ones used in the original Rance II from 1990. The second version, Rance 02 Kai, additionally contains a rewritten script and a slightly altered gameplay. Therefore any pages related directly to Rance II will use information and images from the remade non-Kai version for better visuals.

The game features the second adventure of Rance and his faithful slave Sill Plain in the year LP0001, this time set in the small town of Kathtom in the Free Cities Alliance. While the events of the game are not crucial to the overal plotline of the series and mostly comes off as an extra adventure of Rance, some of the characters that make first appearance in Rance 02 become major characters in the series and would appear in almost every game following.

The original game's soundtrack was included as a part of the original Alice Sound Collection CD, while the remake's soundtrack appeared on Alicesoft Sound Album Vol. 19, along with the other Alice 2010 titles.

The game was originally fan-translated into English by HGTP Productions on June 15, 2011, the smallest gap between Japanese release and English translation in series history. A new, official translation by MangaGamer of both the original and 'Kai' version was announced on July 6th, 2019, and was released in a bundle with Rance 01 on October 29th, 2020.

Ten years prior to the story, four young girls in the town of Kathtom were appointed as disciples to an old mage named Ragishss. They were to be raised as mages and work as the town's guardians after their training completed. However, after the ten years, the girls suddenly rebelled against Ragishss and killed him. During the harsh magic battle, the entire town was entombed underground and a barrier spell was placed on it, preventing anyone from leaving, including the maidens who terrorized the town. The four maidens were soon to be known as Four Witches of Kathtom.

Rance sets out with Sill to defeat the four witches and save the city from their grasp, however, as the story progresses, they find out that the witches had their personalities altered and twisted by the power of the rings they wear. The rings greatly enhance a user's magical potential, but can only be used by maidens. Having said that, the only way to release them from the rings is to have their virginity taken, and who else but Rance is up for such a job? 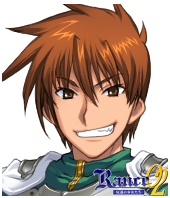 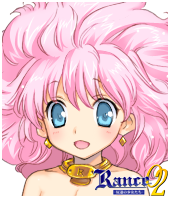