Rance 01: The Quest for Hikari

This game is a remake of the 1989 classic, the first Rance game ever made 25 years ago. The gameplay system, graphics and everything else was revamped (on a much larger scale than they were for Rance 02) and will be a product by itself rather than being a part of a compilation such as Alice's Cottage.

Just like the original though, the game heavily features classic ADV-like interaction with the environment and characters (look, touch, etc.) and 8-10 hours in length.

The game was primarily released via digital storefronts, but one batch of DVDs was produced. The boxed edition can be considered something of a "limited edition" from a collector's point of view due to its limited availability, and some exclusive goods like a hint booklet and game cards that came with it.

The game's soundtrack was released as a part of Alice Sound Album Vol. 28, alongside Rance 03. The game received an OVA adaptation of 4 animated episodes, titled Rance 01: Hikari wo Motomete The Animation.

Rance is a brutish and perverted warrior that makes a living from several paid jobs he gets from the local Keith Guild in the town of Ice in the Free Cities Alliance, along with his relatively recently purchased and faithful slave Sill Plain.

One day, he receives a request to investigate the missing case of a noble girl from the majestic Kingdom of Leazas called Hikari Mi Blanc, who mysteriously disappeared after attending a prestigious academy in the capital of the country. Upon realizing that she's a cute girl, he accepts the job immediately and travels to Leazas along with Sill in order to find the missing girl, but he will soon find out that it's a case much deeper than it initially appears to be.

And so his Quest for Hikari begins... 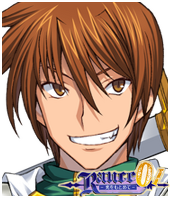 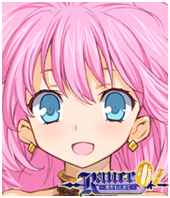 Rance 01 can supposedly also be played on Android devices - instructions to do this are included (in JP) in the install folder.