Following Episode: Forward!! To the Center of Leazas!!

The episode starts with Pulptenks Flanders in her daily work as a waitress in her father's pub, where she's noticed by a group of thugs. She's later shown taking a shower, where she's interrupted by two men, who use threaten her with knives and take her captive.

The opening scene is shown, featuring the Leazas Army warring with the Helman Army, and later Shizuka Masou performing a magic spell.

In the Free Cities Alliance, Keith Gold, the owner and master of the Keith Guild, presents a case of a dissappearing girl from a noble family of Leazas to the adventurer Rance. He gives him the mission to find her. While uninterested at first, Rance's attention is picked upon noticing that Hikari Mi Blanc, the dissappearing girl, is a pretty attractive girl. So Rance accepts the job on the spot.

He leaves the guild and is later greeted by his slave, Sill Plain, who's carrying all his stuff. Rance is mad at her because she got late. They both part to Leazas together.

Upon arriving to Leazas, Rance plans to get Sill into the Paris Academy where Hikari attended to before being abducted, so that she can search for clues. It's a female exclusive academy, so Rance can't go himself and forces Sill to get inscribed, much to her worries. Rance decides to wander around the city to ask for information around.

The first place he stumbles upon is a JAPANese themed Inn, ran by a beautiful JAPANese woman called Horikawa Nami. He admits to like the exotic inn and decides to stay. He then tries to assault Nami but she easily dispatches him by using Jujutsu, a JAPANese martial art that involves making the opponent lose balance and fall to the ground. She notices the picture Rance carries of Hikari but says she doesn't know her.

Rance then goes to an Item Store, where he's received by an awkward greeting of the owner Patty The Summer, who adorned her item store like a beach, even filling it with sand. Rance asks her about Hikari, who lends her full attention on thinking if she'd seen her before. Rance takes advantage and tries to assault her as well, but he trips and falls to the pool Patty has in the store. She ends up replying that she doesn't know either.

Rance leaves and goes to a Weapon Store instead, where he's greeted by the gloomy owner, Millie Lincle. He instantly takes a liking for her and tries to assault her but Patty appears with a hot meal willing to have a lunch with Millie and trips, accidentally throwing the burning food in Rance's face. He then goes to a Level Store, where he meets Willis Fujisaki, who simply works in the store. He tries, again, to assault Willis but he's electrocuted.

Rance wanders around the town annoyed and ranting in high voice because he didn't find any clue about Hikari, and he's noticed by an unknown female student. He goes to Paris Academy to see Sill and see if she found out anything, who is now wearing the Academy's uniform, combined with a pair of glasses and a different hair-style. She responds that she didn't find anything, leading Rance to complain about her worthlessness and telling her that she needs "punishment". He then has sex with her on the spot, outdoors and right next to the academy. Sill is worried that they will be seen by other students but Rance doesn't care. Upon finishing he tells her that she has to put more effort into gathering information next time.

Rance goes to a pub let-downed because he still knows nothing about Hikari's dissappearance. He tries to order something but the bartender consistently ignores him. He thinks it would be pointless but tries asking him about Hikari, which instantly catches his attention. The bartender says he was probably abducted by a band of thieves that live in a cave in the forest near the capital. He's desperate because his daugther Pulptenks was also kidnapped by them and begs Rance to rescue her. Upon showing him a picture Rance remarks about how beautiful she is and agrees to save her, and that since Hikari is probably there too he can complete two jobs at once(and get two girls at the same time). The bartender is beyond thankful that he's going to save his daughter and promises to pay him a lot of money and giftes him with several wine bottles.

Meanwhile, Sill managed to get intel from a student called Maris that a gang of thieves is behind this series of dissappearances. She's very happy that she was able to get information for Rance.

At the same time, Rance is already infiltrating in the Thieves hideout and took down a lot of rookie thieves by himself. He eventually comes across a locked door where he can hear moans from the other side and guesses a thief is having sex with Pulptenks. He's then greeted by the Second in Command of the thief gang, Necai Sys, who's surprised of seeing him since she doesn't recognise him. He tells her that in that room, Reichardt, the boss of the gang, is "having fun" with a girl they recently kidnapped. Rance wants to enter but Necai has the key, which motivates Rance to try to assault her. She easily evades Rance but when he trips she sees a rare bottle of alohol(that was gifted by the bartender). He offers him the key and a blowjob in exchange of the bottle, which Rance instantly agrees.

After having a nice time, Necai bids farewell and Rance uses the key to enter in Reichardt's room. In the room, Reichardt is teasing Pulptenks with a sex toy but he's interrupted by Rance who announces his entrance and that his going to punish him. They have a brief but fierce fight in which Rance comes out victorious and Reichardt is killed. Rance then notices Pulptenks in a helpless position, with her arms restricted and blindfolded. So he decides to take advantage and has sex with her while acting like Reichardt. After having his way with her several times, he removed the blindfold and sees Rance instead of Reichardt. He tells her that he defeated the evil thief boss and he presents himself as the righteous adventurer that came to save her. Pulptenks is oblivious to the fact that he was the one that was having sex with her a few minutes ago. He asks her if there was another girl in the hideout but she responds that she was the only one, much to Rance's dissapointment.

They both return to the city and the bartender, Pulptenks' father, is exceptionally thankful with Rance. He's annoyed by the old man's babbling but Pulptenks thanks him as well and asks him to return again sometime. Rance then leaves with a cool smile.

Rance then wanders around wondering what happened with Hikari and that the thieves gang ended up having nothing to do with Hikari's dissappearance. He gets frustrated and starts yelling that he wants to have sex to relieve his frustration. He notices a student girl that was silently following him and decides to assault her. She runs away but Rance starts chasing after her. He ends up losing sight of her, but he's attack from behind by a Mysterious Ninja, who places a sagger in his throat. She threatens him and tells Rance that he will stop his search of Hikari or she would assassinate him. 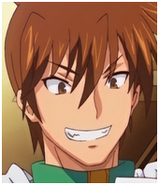 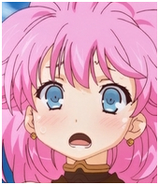 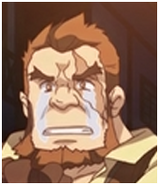 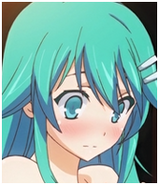 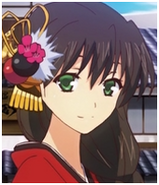 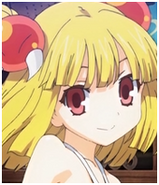 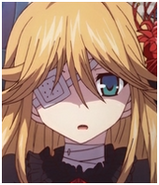 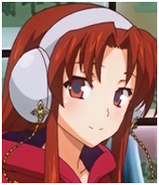 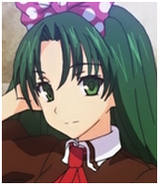 Maris Amaryllis
Add a photo to this gallery
Thief Gang 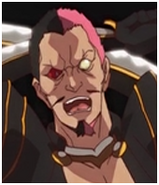 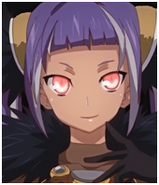 Necai Sys
Add a photo to this gallery
Others 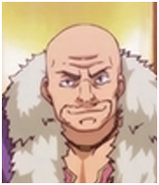 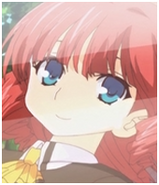 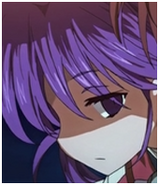 Mysterious Ninja
Add a photo to this gallery

Retrieved from "https://alicesoft.fandom.com/wiki/Rance,_Rises!!?oldid=85453"
Community content is available under CC-BY-SA unless otherwise noted.