AliceSoftWiki
Register
Don't have an account?
Sign In
Advertisement
in: Articles with Minor Spoilers, Articles with Spoilers for Untranslated Games, Races,
and 2 more

Poppins (ポピンズ, popinzu) are a subspecies of the Protagonist Race created by the Supreme God Roven-Pan.

Rarely ever growing any taller than 60cm in height, poppins resemble extremely small Humans with disproportionately large heads and facial features. Like humans, poppins come in both male and female sexes and possess a wide range of different hair and eye colors, making individuals of the species highly diverse in appearance. Poppin clothing is generally adorned with decorative bobbles, and often includes large hats and shoes with upturned toes. Due to the way in which their bodies are proportioned, poppins are frequently viewed as being very cute by larger races, and are occasionally compared to stuffed toys in appearance. They are generally cheerful, carefree, and mischievous, but are capable of mustering admirable courage in the face of adversity.

Due to their small size, poppins have very short natural lifespans of about 20 years. Individuals of the species are recognized as having reached adulthood by the age of five and are considered elderly after reaching age 15. They are also extremely weak physically and can be easily killed or injured when attacked by a larger lifeform. Additionally, poppins are almost entirely incapable of practicing any kind of Magic, with a magic compatible member of the species only being born approximately once every thousand years. As a trade-off for these weaknesses, however, poppins possess an absurd level of environmental adaptability that enables them to live comfortably within temperatures of -100 and 80 degrees Celsius, suffer no adverse effects from being coated in nuclear waste or poisonous gas, and breath underwater or within a vacuum as though air were present. When coupled with their small size, this extremely high level of adaptability allows for poppins to be able to live within almost any space, making them surprisingly resilient. Despite their astounding resilience, poppins are not totally immune to all ailments, and can still be killed by certain diseases.

Outside of their excellent environmental adaptability, poppins are known for having exceptionally intelligent and crafty minds. Members of the race are naturally inclined toward invention, and practice a specialized form of construction known as Machina to build incredible mechanical equipment entirely through intricate combinations of springs, gears, and pulleys. Through technological prowess and creativity, poppins have devised countless helpful devices to assist them in daily life, including large mechanical soldiers and tanks to guard their territories from intruders, excavation machines to use for mining resources, and transportation vehicles to assist in moving great distances. Poppin technology is considerably more advanced than most of what can be found on The Continent, with a device built by a skilled poppin craftsman being of comparable quality to something built by Maria Custard, a human engineer considered to be a genius in her field.

Poppins reproduce sexually and possess genitalia that is too small to be compatible with any non-poppin race. The species has a historically low fertility rate, which has resulted in the implementation of an annual "Breeding Festival" in which males and females are encouraged to sleep with each other as much as possible to increase the likelihood of conception. Interracial relationships that include poppins are not formally recognized as illegal by any nation, but are exceedingly rare and generally frowned upon as being depraved by both poppins and non-poppins alike. A rare mutation exists among male poppins that causes them to possess disproportionately large, human-sized genitalia that prevents them from being able to engage in sexual contact with other members of their species while also allowing them to take part in it with larger races. Sufferers of this mutation are frequently shunned as outcasts by the rest of poppin society, which often causes them to take up criminal lifestyles as a way of rebelling against it.

Poppins reside in underground cities built beneath the surface of the Continent. The species’ territory is divided between two major superpowers: the Anja Gas Kingdom and the Allergy Nation. The two countries share good relations and hold an annual Olympic games where inventions from both regions are pitted against one another in various events to determine which is superior. Poppin society values ingenuity and inventiveness above all else, causing all of its most important figures to be talented inventors regardless of their profession. While poppins are not overtly hostile toward non-poppin races, and have cooperated with humans in the past, they do not often interact with them due to living underground. A national defense organization exists that patrols the borders of both countries in order to ward off any potential intruders, which often results in non-poppin visitors being mistaken for hostiles and getting attacked.

Poppins are designed to play a very specialized role within the Planner Scenario. Due to living underground, they are much more likely to avoid the conflicts that occur on the surface of the Continent than the other species of the protagonist race. Alongside their excellent adaptability, this allows them to be capable of existing within environments that would otherwise be deadly for their kin to inhabit. Because of this, poppins serve as a “backup” for the protagonist race, intended to take action in instances where the main players and kalar have been wiped out by environmental disaster.

Poppin society experienced several changes after the end of the 2nd Dark Lord War in the year LP0008. Following the marriage of Toshiba, the prince of the Anja Gas Kingdom, and Hitachi, the princess of the Allergy Nation, the two poppin countries became united under a single banner, known as the Poppins United Kingdom. Relations between poppins and the other races of the Continent also improved substantially, with a poppin ambassador holding a seat among the demi-human council in Shangri-La. 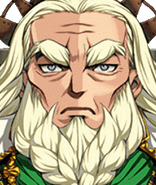 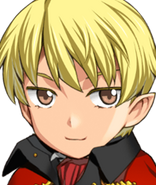 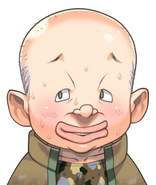 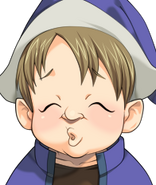 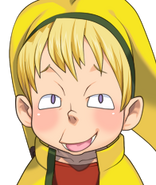 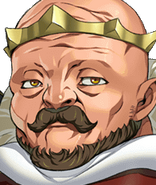 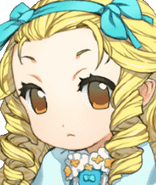 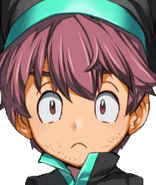 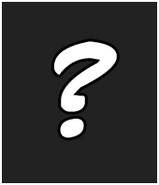 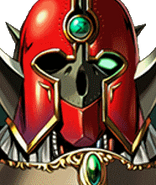 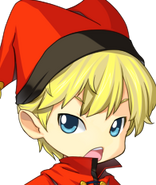 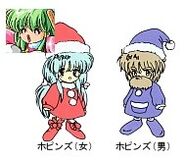 Concept art of poppins as they would have appeared in Toushin Toshi.

Concept artwork of poppins from the Rance Quest guide book. 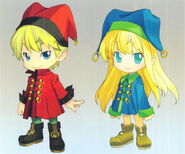 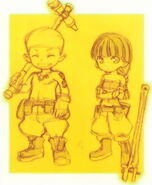