FVCG-1137
Pastel Chime / nao is an album containing 2 discs. The first for the music and the 2nd for an included video clip. It was published by 5pb. Records and distributed by Media Factory, Inc.

The DVD has a music video on it for the track Pastel Chime. For some reason it loops twice, once without audio. One loop is about 5 minutes and 10 seconds.
The booklet has the lyrics of both sings in it with credits. The credits for the entire album are actually on the tray image.
The booklet is available in the gallery and the credits are also translated below. 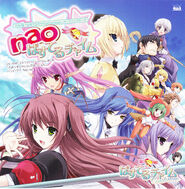 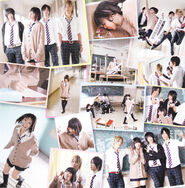 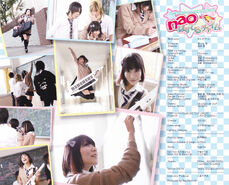 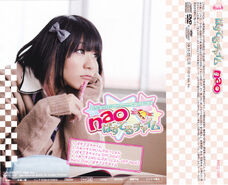 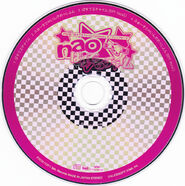 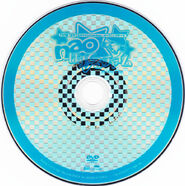 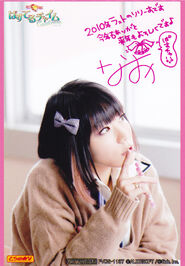 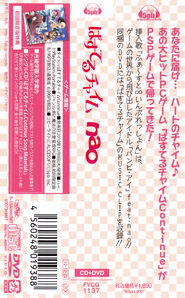