Pastel Chime: Learning to Love (Pastel Chime - Koi no Skill Up) is the first game in the Pastel Chime series. It is a hybrid of a role playing game and a visual novel, where the player has to balance spending time with their friends and exploring dungeons. Time management plays a critical role in gameplay, as both daily events and dungeon exploring take place over a limited amount of time. The game features 4 heroines, randomly-generated dungeon floors and a completely customizable protagonist, giving it a high amount of replay value.

It is the first game set in the Pastel Chime universe, and establishes many of the concepts and locations that appear in the later games of the series.

Maizuru Academy is an amazing institute that trains students from all regions of the world to be talented adventurers. However, one student, Kaito Aiba, has spent most of his school life slacking off and has made very little effort to improve his skills, despite being constantly lectured to work harder by his childhood friend Meusel.

During the first day of his third year, Kaito, partnered with Meusel, is sent to explore Maizuru Academy's training dungeon for an assignment when the pair is suddenly attacked by a high level monster. Unable to defeat it due to his lack of practice, Kaito is left humiliated when star student Lloyd Grants defeats the monster for him. Realizing that his apathy towards his studies resulted in him being unable to protect Meusel, Kaito vows to spend his final year becoming the best adventurer he can be, making new friends and foes along the way while steadily uncovering the Academy's greatest secret. 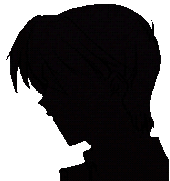 Kaito Aiba
Add a photo to this gallery

Saya Rindou
Add a photo to this gallery

Mitsuyo
Add a photo to this gallery

Kikuei Narita
Add a photo to this gallery
Retrieved from "https://alicesoft.fandom.com/wiki/Pastel_Chime:_Learning_to_Love?oldid=85408"
Community content is available under CC-BY-SA unless otherwise noted.