The PGG is one one of the five main banchou organisations that vie for control of all of Japan. They reside within the regions of the southeast, with those regions including, Akibahara, Toukyou, Tottori, Forestland and lastly the region of their headquarters, Shisouka. The head banchou of the PGG is Ginjo Tomoka.

Though the PGG has many students with abilities, its main strength relies instead on its military corps who employ guns boosted by B-power, and most infamously on its extremely powerful tank army. Though powerful on their own, the B-ability of Ginjou Tomoka helps reinforce the tanks until they can withstand even some of the strongest B-abilities found in the world. They also possess great information gathering tools to coordinate their assaults, and are also reinforced by the very large arabian army of Totori.

The PGG is a fairly recent organization, only established in Shisouka 5 years before Rouga's adventure. It was originally a part of the self governing alliance known as the Greater Eastern Coprosperity Sphere, but the CEO at the time, Godai Shin, began to invest in tanks, and invaded areas other than Tottori. To those they conquered, they declared themselves the PGG (Panzergruppe Godai). The school Godai belonged to, Fujinomiya School, also changed it's name to that of a tank, and was renamed Number One School.

During Godai's tenure, the region was mostly at peace despite the president's strict milit

ary mindset. However, two years before the beginning of Rouga's quest, President Godai was assassinated and as the strongest banchou of the PGG, Ginjo Tomoka was elevated to the position. Since then, with the advice of her vice-president Murata, the PGG started taking a much more agressive diplomatic stance, elevating its taxes in order to massively ramp up its military power. Before long started to invade the National Protectorate Institute (NPI), turning the Sekiga Hara region into a destroyed wasteland. Additionally, rumors started to surface about the strange treatment of members of their Special Battle Ability Corp, with rumors of forced confinement and experimentation. All those factors combined into radically souring the reputation of the once respected PGG.

As Wolf Fang initially starts his conquest by taking over the territory of the PGG in Toukyou, even recruiting some of its fiercer members there, Zanma Rouga and Gou decide to declare war on the PGG first. 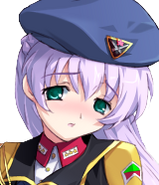 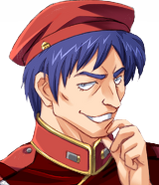 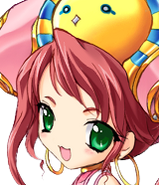 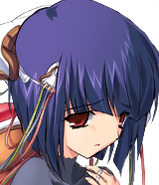 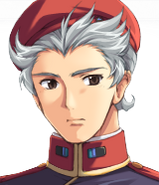 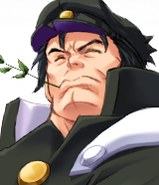 Ginjo Tomoka: The head banchou (gang-boss) of the PGG. Despite being the strongest member of the PGG, she is a shy and caring individual, often concerned for the well-being of her citizen and respected by many of her subordinates. However, she is constantly crippled by her lack of confidence in her own leadership abilities and a submissive nature, which only heightened after her promotion. Coupled with her masochistic tendencies and a series of unfortunate events, she quickly comes under the sexual thrall of a common soldier, who manipulates her into fulfilling his ambitions and making him the Vice President Murata, turning him into the leader of the PGG in all but name.

Vice President Murata: A rude man who wants to take control of all of Japan through brute force, he only sees the organisation and its members as a means to an end, even putting his rivals into dangerous situations hoping for their demise. Ever since he has begun his affair with Ginjo Tomoka, he has become to think of her as nothing but a slave to do his dirty work, and he is secretly the man behind the PGG's cruel actions behind the scenes.

Cleo Aripa: An eighteen year old girl who was the banchou of the once Independent Desert Nation of Tottori, though she is in truth treated as a god-queen by its residents. Ever since her region has been taken over by the PGG, she began reluctantly fighting under them, and regularly supplying them with her numerous and devoted Arabian soldiers. In combat, she wields a powerful genie to strike down her enemies.

Yuma Asakura: Another female unit who is being used by the PGG, her powerful information gathering abilities helps coordinate the PGG's tanks and turning them into a frightful force using her power, however as she is fairly helpless and stuck in a wheelchair, the PGG soldiers treat her as nothing more as a tool, even raping her regularly during her confinement.

Kirihara Takeshi: Generic unit who is the commander of all the tank units that the PGG has in store, he swears his loyalty to the PGG and President Ginjo Tomoka.