The Nightmare Eyes is one of the five organizations vying for control over Japan. It controls the nor

theast portion of the country, a particularly snowy and mountainous region. Their forces are made up of forcibly conscripted Ainu warriors and multiple vampires.

They are the most recent of the five factions, having been founded only a year ago by their leader, Camilla Bathori the Vampire Queen. The northern region used to be the territory of the Hokkaidou Union consisting mostly of the indigenous Ainu tribe; however, their leader, Tajiyama Shoumon, had been slowly dominated by Camilla. With the head of the Union under her control, Camilla used her vampiric abilities to bite and turn many members into vampire slaves before overthrowing the entire organization in a matter of weeks. Ever since, Camilla has been ruling her new kingdom from her main base in Transylvania.

e undisputed monarch of the Nightmare Eyes, as all the vampires she has created are under her control. The organisation has quickly expanded, as her vampire minions keep turning more humans into vampires themselves, making it the only "transferrable" B-ability. Though there are still many humans living in their regions, they all live in constant fear of vampire attacks.

The Nightmare Eyes within the regions of the northeast, with those regions including Aomory, Abashiri, Saporo, Yezo, and Transylvania, where their main headquarters are located.

If left unattended, they will be the second faction to attack Wolf Fang, after the PGG. Their role is expanded in Kunagi's route. 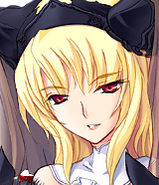 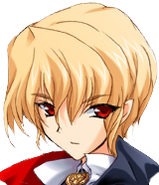 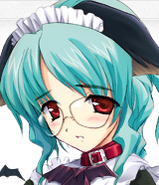 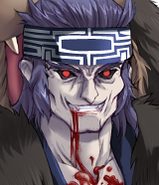 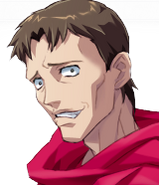 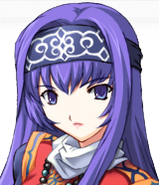 Sion, daughter of Tsukiomi You

Camilia Bathori: The leader of the faction, she thrives in the suffering of human beings, and even enjoys tormenting some of her own allies.

Pram Bathori: Camilia's "brother", who Camilia is intent on resurrecting, he is seen on Kunagi's route, and is only mentioned in Senna's route.

Tajiyama Shoumon: The former head of the Hokkaido Union, now a full vampire loyal to Camilia

Tsukiomi Kibito: A mad scientist dominated by Camilia's powers, he is constantly toiling in his laboratory on various creations.

Benishibuki Daimon: A heavy delinquent fighter who was created by Kibito.

Morisawa Marine: A talented banchou and player of "Bowlyball", an odd sport that plays like volleyball, but uses a bowling ball instead.