A giant living labyrinth duendy. He fights with the help of various monsters shaped like body parts throughout the labyrinth and uses magic powers given to him by Deirdre. He is seemingly immortal as he can just recover his body with other materials.

He is the former Roman emperor who, after all his evil deeds, was categorised as a "great sinner". This meant that his soul was to be imprisoned in hell, never to reincarnate again.

Deirdre's plans caused tremors in hell which broken open his prison and allowed Deirdre to rebirth him in duendy form. She used her magic to give him magical powers if he used certain parts of his real body.

He was then tasked to guard the Crystal Palace as a sort of final labyrinth to overcome. He was assisted by bladed rib, giant hand and floating head duendies.

He was beaten by Shura by using a rib from one of those monsters to stab him in the corresponding body parts of his magical chants. This would break the enchantment and allow Shura to then electrocute him with a battery attached to Kusanagi Maru. 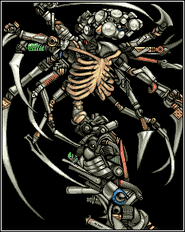 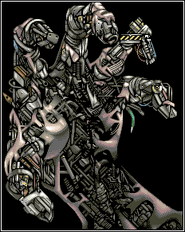 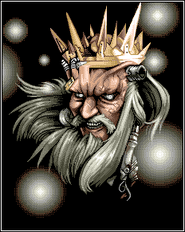 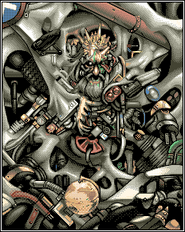