The National Protectorate Institute (NPI) is one of the five organisations fighting over control of Japan. It controls most of the west of the country except for the northern region of Kyushuu, and as such is the largest existing faction. The NPI mostly relies on its extremely large number of students with B-abilities and its powerful and dedicated group of ninjas trained in the Ika region, as well as mysterious "demon" samurais protecting their headquarters.

Though the current group was founded only a decade ago, it is said to descend from a clan th

at protected Japan from mystical threats since time immemorial. Due to Japan's modernization, their political power had waned in recent years, relying solely on influence with politicians in order to stay relevant, but after the Hell hole opened, it arrived in the forefront once more. As the Hell hole was bringing chaos to Japan and granting strange abilities to once mundane individuals, the NPI quickly rallied many powerful individuals and proclaimed themselves the protectors of Japan from the new threat. As such, their main purpose is stopping the Hell Hole from spreading its influence through any means necessary. To do so, they are dedicated to guaranteeing the safety of a powerful mystic only known as "The Priestess of the Seal", who uses her powers to stop the Hell Hole from expanding any further.

Due to their role in protecting the nation, they are one of the most respected groups in Japan, and most of its members are devoted to the group. However their stated glorious purpose tends to make them fairly self-righteous, and their modus operandi of "the ends justify the means" has brought about more than its fair share of destruction, making the Koube region particularly rebellious. All told, they are a well-meaning but strict group whose single-mindedness makes them powerful but dangerous. There has been a few odd rumors also circulating about the NPI, particularly surrounding the status of the Priestess of the Seal, who has not been seen for many years.

midst of partaking a civil war for control of all of Japan. They reside within southwest regions, with those regions including Nakoya, Ika, Sekiga Hara (where most of the battles took place with their war with the PGG) Narra, Oosaka, the once independent nation of Koube, and their main territory in Kyou. The president of the NPI is Nidai Shizuka, a blind and righteous miko who is very admired within the territories of the Nation Protectors. She is said to have been fighting alongside the legendary Banchou who united all of the nations after forming the Student Union a decade ago. 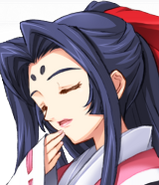 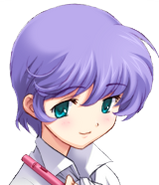 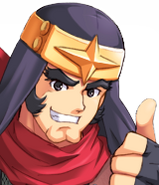 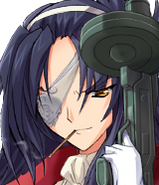 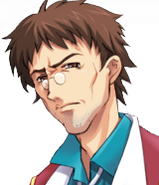 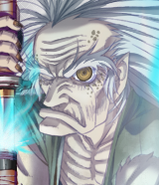 Nidai Shizuka: The president of the NPI, she is a blind and demure woman despite the awe she projects onto most of her subordinates. She has fought alongside the first SU president who was famous for his grand negotiation skills, in the plight for uniting Japan.

Nidai Yoshitsune: Shizuka's younger brother, he helps coordinate the efforts of the different banchous. He is a meticulous and devoted young man, and is well regarded by the NPI leaders. He is very to dear to Shizuka, and is very close to the imposing armored banchou Yunazawa Kei.

Yunazawa Kei: A powerful banchou and the strongest fighter of the NPI, Kei is only ever seen wearing an immense armored suit. Though possessing a childish attitude, this banchou's strength is to be reckoned with when threatening the NPI and Yoshitsune.

Takeda Izumo: The NPI's professional doctor. He is responsible for ensuring the continued health of the Priestess of the Seal, though the details of his work are unclear to most.

Houjou Miyuki: Another one of the NPI's doctors who works closely with Izumo. Because of her difficult work and unrequited crush on Izumo, she has become frustrated with her life and often vents on her servant Iori.

Iori Tatemikado: A shy servant that accompanies Miyuki everywhere that also serves as a powerful bodyguard thanks to her impressive abilities.

Igarashi Koumi: The former banchou of the independent nation of Koube, before the violent takeover by the NPI, she now serves as one of its top executives, despite her resentment toward Shizuka.

Watari Hanzou: A devoted but joyful Commander of the NPI ninja forces, he helps manage and protect the Ika region.

Aoi Gamon: A strong ninja trainer from Ika, he has grown to enjoy his punishment regimes to a disturbing degree.

Murakumo Shizuro: A famous swordswoman that fights alongside the NPI, she is described as an unstoppable demon on the battlefield. She once briefly faced the swordfighter Nakanishi Kendo of the Toukyou School.

Kojirou: A former warrior who passed on and lives on in the form of a cruel spirit, his strange powers allow him to bring out the bloodlust in members of the NPI, making their already powerful forces even more terrifying.

Ariake Harami: A high school student who was caught up between the war with the NPI, she fights alongside them in hopes of being paid so that she can buy more doujinshi.