AliceSoftWiki
Register
Don't have an account?
Sign In
Advertisement
in: Articles with No Spoilers, Classes, Skill Level, Rance World

A Monster Tamer (魔物使い, mamono tsukai) is a Human who captures and controls Monsters for use in battle.

The art of monster taming is a complex process that was developed across generations of research. While it is quite easy for any person to capture a monster provided they have the strength needed to do so, monsters are extraordinarily nuanced creatures that often possess intelligence comparable to humans and cannot be easily convinced to follow the orders of another. As such, gaining the servitude of even one requires a combination of extensive training, natural talent, and a willingness to compromise that few are able to attain. Despite the great difficulty involved in it, monster taming is a field with near-limitless potential; an exceptionally skilled monster tamer is capable of wielding the colossal strength of a Dekant, the potent Magical power of a Magician, and the unmatched archery of a Kamikaze all at once, making them highly versatile fighters.

In order to convert a monster into their servant, a monster tamer must first assert their dominance over it. While this is most often done simply by subduing the monster in combat and using a Capture Rope to restrain it, certain monsters may require more abstract actions to be performed, such as completing a task for them, before showing any signs of compliance. After a monster tamer has sufficiently proven their will to the targeted monster, they perform a ritual known as a servant contract, which consists of staring firmly into the monster's eyes and commanding it to pledge its loyalty to them. If the ritual is successful, the monster will consent to becoming the tamer's servant and begin following their orders. Due to the vital role that eyes play in conducting a contract ritual, it is common practice for monster tamers to completely conceal their faces during combat to reduce the risk of sustaining damage to them.

Monsters that have sworn servitude to a tamer are not required to unquestionably obey commands, and are free to refuse to perform tasks that they are otherwise unwilling to do. Because of this, it is important for a monster tamer to develop and maintain strong bonds with their servant monsters to ensure that they will not disregard their orders during the heat of battle. By fighting alongside each other and maintaining constant communication, a monster and their tamer will steadily gain a deep trust for one another that allows them to act as a single body. Over time, a monster may develop amorous feelings for their tamer, which the tamer must carefully choose how to deal with. Though most professional taming resources advise masters to end a servant contract and release a monster before it becomes attracted to them, it is extremely common for tamers to enter into romantic relationships with their monsters as a result of the inherent intimacy of the training process.

There are two primary schools of monster taming practiced on The Continent: "standard" taming, which involves gradually developing bonds with individual monsters to maximize their fighting potential, and "mass" taming, which consists of training groups of monsters of the same species at once for use in military combat. As mass taming only trains monsters to a point where they are able to follow basic commands, it is significantly more dangerous to perform than standard taming and requires its own distinct procedures to be done effectively. While monster tamers most often wield whips in combat, which can be used to both restrain monsters to be caught and direct servant monsters to attack, mass tamers utilize specially-made fluorescent wands with curled tips, which emit bright colors that allow them to be seen from far away. Using these wands, a skilled tamer can direct upwards of one hundred monsters in battle at once, making them a devastating offensive force.

Monster taming is a controversial field that has been the subject of widespread criticism since its inception. Along with general reservations about cooperating with monsters, the natural enemies of the human race, monster tamers have often been stigmatized by the public as being sexual deviants motivated solely by a desire to copulate with non-humans. This unsavory reputation has caused monster taming to be disregarded by the majority of educational institutions, leading most to learn the trade by studying under professionals through live-in apprenticeships. The notable exception to this exclusion is the Helman Army, which employs a dedicated division of monster tamers in several of its branches, making the country a center for research on the subject. Outside of Helman, professional monster tamers are most abundantly found in the Free Cities Alliance, where they work as Adventurers that specialize in resolving monster-related incidents. While fringe, monster taming is an active and vibrant community with no shortage of scholarly texts that is open to all who are willing to undergo the difficult training involved to become a part of it. 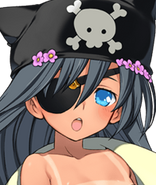 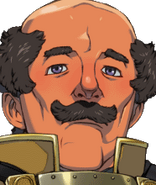 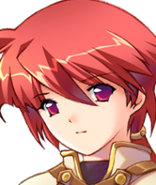 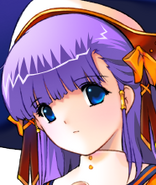 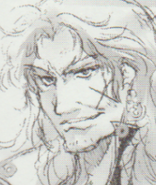 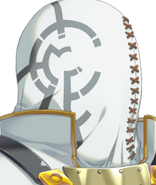 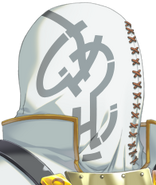 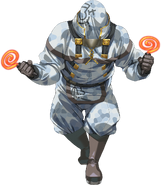 A monster tamer's portrait in Rance 03.

Concept artwork of a monster tamer.
Community content is available under CC-BY-SA unless otherwise noted.
Advertisement