Miracle Tou is a very high level mage that befriended Patton during a revolt that took place in LP0005 in Zeth with the objective of restoring mages in power. Miracle is referred to as the "Dark Witch" and is feared by many due to her incredible magic and knowledge of various arts. She uses a very old and archaic speaking style with a vibe of superiority. She's later revealed to be Aten Gnu's cousin.

She's one of the few Lv3 users in history and has made World Domination her major goal. She met Rance during the Helman Revolution in Rance IX and was revealed as one of the girls fated to him.

Miracle is a very prideful woman that uses a very lordly way of speaking about herself and others. She often refers to herself as the ruler of the world, and talks to others as her minions, peasants or other such tags. She doesn't make friends easily and is actually something that her grandmother reproaches her about. She's the type of person that likes to stand at the top and judge others indiscriminately. She is very arrogant and loves to be praised. While she is self-centered, Pigu somehow manages to handle her pretty well. Despite her attitude, Miracle is actually a pretty nice person that would kindly help others if she's flattered enough.

Miracle often does research in different topics and is very curious about many different things. She has a thing for the grotesque, with the exception of cockroaches, which lead her to panic. For some strange reason she likes people that go against her wishes, deeming them "interesting" or "amusing".

Miracle's way of seeing the world was greatly influenced by her grandmother Mysteria Tou, an old and powerful witch. She was the one that implanted in Miracle's head the idea of world domination since her early childhood. Despite being raped a few times by Rance, she seems to have the ability to bounce right back as if nothing had happened, stating that all happened according to her wishes or that it was just as expected.

Miracle Tou is a very powerful magician, one of the only two human magicians to have magic lvl 3 skill in the whole continent, besides Anise in the Zeth Kingdom. Unlike Anise, Miracle has a vast knowledge in magic and there's no spell she doesn't know about, managing to even master Hunty's instantaneous movement spell after seeing it only a couple of times. She has an incredible ability to learn any complex spell in a short period of time after seeing it in use once.

She usually moves around in a chair carried by her faithful moving skeletons. These are actually not hers but inherited from her grandmother.

She has a vast knowledge about many ancient relics and artifacts. Her most impressive skill is the ability to create a gate to a different world. For instance, she once created a gate she called "Saurus Mall" that leads to a world is inhabited by dinosaurs. Not only this, but she's also visited other worlds, one of them which resembles greatly actual Japan and which she seems to be a little cautious of, seeing that the technology that world possesses would be more than enough to wipe out all the inhabitants of the continent(she's referring to WMDs).

She has discovered many worlds using her ability:

She doesn't have the best naming sense for the worlds she discovers though.

She is bent on world domination and is creating a special unit called "Twelve Knights", mostly composed of the strongest warriors she knows or has heard of, giving each one of them a special name. In Rance IX she says that this group consists of:

While she formed this team in her head, she didn't actually know most of them and she picked them based mostly on their reputation and fame. 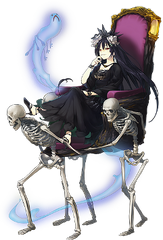 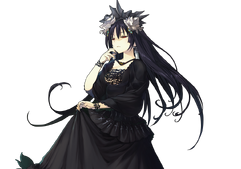 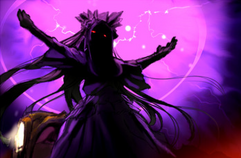 Milacle as the mysterious "Dark Witch". 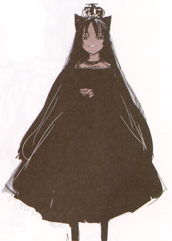 Concept artwork of Miracle from the Rance Quest guide book. 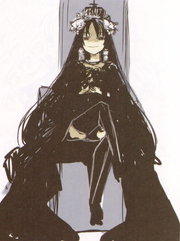 Concept artwork of Miracle from the Rance Quest guide book.
Add a photo to this gallery