Mamatoto: A Record of War is a tactical role-playing game released by Alicesoft in July the 1st, 1999, being the last game they released in the previous millenium.

The game includes a total of 20 chapters divided in battle, administrative affairs and later relate with different characters. While simple, it is considered a fun game with an involving story-line and pretty good characters that join over the course of the game.

An alternate universe version of the setting is used as the backdrop of Mamanyonyo and its remake Widenyo.

Nanas Alphoria is the prince of the moving castle nation Mamatoto. Living in a world at constant war, Nanas has always lived secluded life, reading about countless things in books but without ever going out to experience it. Nanas dreams with ending the wars by conquering all the other nations and unifying the world, a dream he shares with his father, the King of Mamatoto, Kakaro Alphoria.

At present, the world is locked in stalemate, so none of the nations can take over the world because if they start a war with another country, a third party will take the opportunity to wipe them out. Mamatoto is different, since it's a giant moving fortress it has zero territory to worry about. The problem is, it doesn't have much of a populace either, since the country itself is just the fortress. As Mamatoto doesn't really have an army, for many years it has been hiding in the monster lands.

Nanas is a studious young mage, considered a genius tactician, and has recently invented a spell to craft magical soldiers called Kids. These magical soldiers are made via cards, which can obtained from battles. The more battles are fought, the more cards can be collected, and the more troops are crafted as a result.

So now, Mamatoto, the fastest moving fortress in the world, has begun its ploy to conquer the world. Mamatoto's goal isn't to get territory - it's to take out governments. Nanas and Kakaro set out in order to defeat the other nations and reach that peaceful world they've always dreamed of.

For a full list of the game's chapters refer to Mamatoto Chapters. 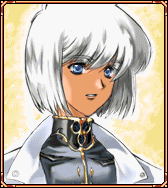 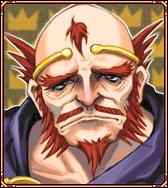 The freeware English release by Aru Naru can be downloaded here.