Lolita House is an institution from the Kingdom of Zeth located on in the city of Nagarmaule. On the outside it works as an orphanage that takes in children sold by their parents, usually 2nd Class Citizens who can't afford them, but in reality it is an organized brothel that offers the services of kids to their customers. While a child prostitution center of this scale should easily be erased by the government, the nature of this establishment is a dark secret shared only by very few members of the high society. Access is strictly forbidden and customers can only buy the services of the institution with the help of social contacts, making it a very exclusive organization.

In order to get a membership it is necessary to be acquainted with someone that is already a member. It also accepts only 1st Class Citizens with an annual income of 100,000 GOLD or more. Because of this elitistic system, it's managed to evade the law and remain undercovered as a simple orphanage, since many corrupt members of the nobility would ensure that the establishment would remain unpunished. Costs vary wildly depending on the popularity of the child, but the minimum cost for a single session is around 500 Gold. Virgins cost at least 10000 Gold the first time they provide service.

The children from this orphanage are always 2nd Class Citizens discarded by their parents, and there are children from a wide variety of ages to cover the customers personal preferences. While most of them are girls, there are a few males as well. The kids take a special training from an early age through the use of a drug named "Viva America". The drug is a powerful aphrodisiac that's injected into the bloodstream and induces a perpetual state of lust. It is highly addictive and with permanent neurological effects. If used for a large period of time it ends up destroying too many brain cells and reducing the user into little more than a sex doll. Most of the required items are bought from the merchant Pluepet, who's willing to sell to the institution for a wealthy price. Inflicting physical damage to the kids is forbidden, but sometimes some overly sadistic or savage client might get out of hand and hurt someone, in which case they're charged with a fee of 10,000 GOLD. The head of the establishment is a wicked old woman named Miss Minchin, who administers the organization and is responsible for all the atrocities commited inside. She's a source of great fear for the children of the Lolita House, suggesting that she also abuses of them to force them into the work.

During the events of Rance VI, the captain of the Green Corps of Ice Flame Rance took on the mission to destroy the institution after hearing about Alfra Ray, a young girl from Ice Flame's orphanage. Rance, along with the rest of the members of the Green Corps, promptly headed to the establishement and killed all the members, including the clients and the Head Miss Minchin, as well as freeing all the children and setting the place on fire, ending forever with the Lolita House. 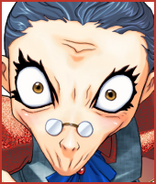 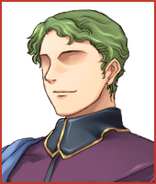 Lolo
Add a photo to this gallery
Retrieved from "https://alicesoft.fandom.com/wiki/Lolita_House?oldid=79599"
Community content is available under CC-BY-SA unless otherwise noted.