AliceSoftWiki
Register
Don't have an account?
Sign In
in: Articles with Major Spoilers, Characters, Female characters,
and 6 more

Lia Parapara Leazas is the recently crowned Queen of Leazas. Her hobby used to be torturing girls, but ever since Rance punished her for it, she has been restraining from further kidnappings. She is terribly obsessed with Rance, her love for him is so intense that she would give him the entire country if he asked for it. She refers to Rance as "Darling".

Leazas has prospered under her rule, despite the fact that she was only recently coronated. However, there are many nobles that hate her and her ways and have tried to take her down in the past or even going as far as assisting enemy countries.

She was a gentle and kind girl when she was young, but when her pet iguana was accidentally killed by a maid, she found pleasure in punishing her. Upon noticing her sadistic side, her hobby became to send her personal ninja Kanami Kentou to kidnap a girl and torture her. However, after the events of Rance 01, Rance convinced her to never do such thing again after punishing her accordingly.

She has a rather close relationship with her maid and secretary Maris Amaryllis. While her role is technically handmaiden, she handles many governmental administration affairs for the Queen. Strange enough, she has a Lightning Baby Dragon as a pet named Harumaki that she is always carrying with her. Harumaki is actually cursed into this baby form but he seems happy enough with Lia.

She had two brothers that are apparently dead and had a rather rash competition for the throne.

Despite her charming and seemingly naive appearance, Lia is very aggressive and determined, as well as intelligent. She is capable as a politician, and has the trust and admiration of her people. In front of Rance she looks like a cute and friendly girl that acts nice and behaves like a lady. However, when Rance isn't around, her true nature is very sadistic, cruel, and ambitious. Her biggest dream is to someday conquer the world, and is actively pursuing it, taking whatever chance she sees to invade other countries.

She does whatever she desires by abusing her power as the Queen. In this way, she is similar to Rance. Having been raised in the court, she trusts no one but a few around her such as Maris. She's only childish in front of Maris, she normally acts mature and serious but when Rance is involved, she loses sight of everything around her and doesn't act as rationally as she usually does. Despite her cruel and selfish personality she gets along surprisingly well with Julia, a young member of the Royal Guard whose close to her age.

She loves to have sex with Rance and is always cheerful and enthusiastic with the idea. She's usually very submissive with him and allows him to take the lead, which is the opposite of what she does with everyone else. She also dreams with marrying Rance and rule over the world together someday, but more recently has accepted that it's an impossible dream, since Rance wouldn't set down with a single person. Despite this she was ecstatic to find out she was pregnant with Rance's child.

She views Sill as the greatest threat to her romance, and even tried to assassinate her a few times in the past. She's very jealous towards any woman that Rance likes or that shows signs of being in love with Rance and will use her influence as a Queen to try to push them further away from him. However, Rance sleeps with so many women that is impossible for Lia to keep up so she eventually gives up and just accepts how it is to not make him angry. However, she's still enraged if someone very intimate to her were to be with him. This was shown in Rance IX when Kanami admitted to be in love with Rance, and Lia saw this as a betrayal from one of her most trusted subordinates and friends.

She has a pretty harsh rivalry with Magic The Gandhi, the princess of Zeth, since both are in love with Rance and want to marry him to turn him into the king of their respective countries. They are also both currently pregnant with his child, which certainly doesn't improve their relationship. Lia mostly looks down on her and tries to humiliate her whenever she can, which she can easily do due to her higher political status and the current state of the kingdom after the Fall of Zeth in LP0004. Magic openly claims that despite the support they've received from Leazas, she still sees them as an enemy country.

Rance has stated that he likes Lia, and actually considers her a 100/100 woman in looks, but he's a bit turned off by her stalking and possessive behavior, which he finds annoying. He gets along with her a lot better when she's not actively on top of him trying to get his love, and they have some level of affinity due to their similarly malicious personalities.

Lia is an incredibly capable politician with a Government Lv2 skill. She's a charismatic and efficient leader, and her skill has been recognized and accepted by many. However, there are also many nobles that hate her and know about her former "hobbies", some have even tried a coup d'etat in the past. She's not exactly nice to these people though, and makes sure to track down anyone who opposes her actively and directly.

While she's a selfish and cruel person that mostly does whatever she desires, she's not corrupted and understands that it is better to have the people on her side rather than opposing her, since a more stable and happy populace is also more beneficial and profitable from an economic point of view. Most of the selfish things she does with her power as a queen are personal quirks of her and don't affect the overall population the slightest. Even when she was kidnapping and torturing girls for her own sadism, she only did so to a handful few and didn't carry any consequence for the country.

Since she's the queen, only rarely she's in a situation where she needs to fight. She's not a capable fighter and has no combat skills whatsoever, and while she has a Level Cap of 20, her current Level is only 10. If she's forced to fight, she usually uses her pet Harumaki to attack her enemies. Harumaki is actually a thunder dragon cursed into a small and weakened form. However, he still retains some strength to defend Lia from weak enemies.

For more in-depth gameplay information of each game refer to:

Lia encountered Rance, who came looking for the kidnapped girl Hikari. Rance raped her, and took her virginity for "punishment". Following the royal tradition to marry the one who took your virginity, she starts chasing after Rance.

She fell in love with Rance for real, and started going after Rance under her own choice.

She only appears near the end of the game to give Rance the Holy Armament, an equipment that has been passed for generations through the Leazas Royal family.

When the Helman Third Corps invaded Leazas, she sent Kanami to seek out Rance for help, and placed the Holy Armaments of Leazas in Rance's hands. Lia and Maris are captured and tortured by Helman soldiers and Saya Friday before being rescued by Rance and his party.

When Rance went missing, Lia gathered her best forces from around the nation and sent a search party for him at the floating island of Ylapu. She ordered Kanami to kill Sill if she refuses to leave his side. Kanami could not complete this mission, and was scolded by Lia.

When Sill captured by Helman, Rance will marry Lia so that he can control Leazas Army to save Sill.

When the country of Zeth was on the brink of destruction, Lia saw the chance to invade Zeth and gathered forces at the Parapara Fortress. However, Rance convinced her to instead use the force to aid Zeth in retaking its land back from the Monster Army led by the Demons. She encounters Magic, princess of Zeth who also considers Rance her fiance, but found her to be less of a threat than Sill.

According to Leila, the third time Rance send a letter to Leazas requesting reinforcement, Lia was so concerned that she nearly sent the entire Leazas army marching into JAPAN to assist Rance, before Maris talked her into only sending Leila.

When a sex-deprived Rance came to Leazas Castle to have sex with Lia, they find out that she, even at her level cap, can't have sex with Rance. In the turn of events that follow, Lia slyly uses Rance's blind hunger for sex to deal with the bishop's followers performing exorcism in Leazas castle and reward him with sex with Maris. Shortly afterwards, in spite of Rance himself strongly objecting to the idea of the queen of Leazas exposing herself to the mortal dangers of adventuring, she joins him in his adventures as a party member, and often stays at the Leazas embassy set up in the newly constructed Rance Castle.

After Pastel fails to free Sill, Lia lies about an item in Helman that can free Sill to keep Rance sane.

In Rance IX it is revealed that she's pregnant with Rance's child and is happily waiting for the baby's birth. She sent Kanami to aid Rance in the Helman Revolution and, later, sent Rick Addison and Tillday Sharp as reinforcements as well.

She later finds out that Kanami fell in love with Rance, which she didn't like at all. Rance managed to calm her down by saying that both are his women and likes them both equally.

She gives birth to Rance's son, Zance Leazas. She also partake the big battle with Rance against the demon invasion.

Lia's portrait with her pet dragon Harumaki in Rance Quest. 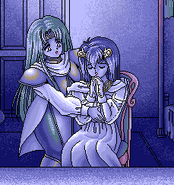 Lia and Maris after Helman successfully invades Leazas in the original Rance III.

Lia trusts that Rance will save her in Rance 03. 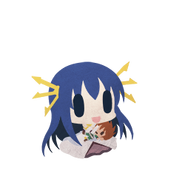 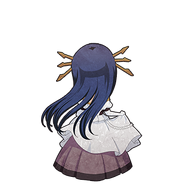 Lia in dungeons in Rance 03.

Lia in the harem section in Kichikuou Rance.

Lia with Harumaki in the Harem Master Trading Card Game.

A sketch of Lia from the Rance Quest Booklet.

Another sketch of Lia from the Rance Quest Booklet.