The Leazas Royal Guard (リーザス親衛隊, Rīzasu Shin'eitai), also known as the Leazas Golden Army (リーザス金の軍, Rīzasu kin-no-gun), is a military unit of the Leazas Army charged with the protection of the royal family. It is a relatively small, elite group famously known for being made up entirely of young, beautiful women, a sight that is exceedingly rare in the male-dominated military organizations of The Continent. Members of the Royal Guard can be easily recognized by their signature shining golden armor.

As it is entrusted with the crucial duty of defending the royal family, the requirements for becoming a member of the Royal Guard are incredibly strict and very difficult to meet, demanding a person to be in peak physical condition and to possess combat skills far surpassing those of the average soldier. Additionally, there is a very narrow age restriction, with all members being forced to immediately retire from their position upon reaching age 30 or after getting married, though exceptions can be made during times of crisis. As a result, obtaining membership is generally seen as the highest possible honor for a woman in the Leazas military to achieve, making it a highly competitive field. While these guidelines result in the Royal Guard possessing a constantly changing roster, they also ensure that every member is the strongest the nation has to offer, optimizing its efficiency.

While its main role within the Leazas military is to serve as a final line of defense against invading forces at the Leazas Capital, the Royal Guard is large enough that it can fight alongside the four main armies on the frontlines if the situation requires it to. In these instances, it often operates in combination with the Red Corps, as both are smaller groups composed of the nation's elite.

The current captain of the Royal Guard is Leila Grecni, an extraordinarily talented woman whose skill with a sword is among the best in the world. Leila is a balanced leader who can effectively command her subordinates in both offensive and defensive battles while simultaneously being a very strong individual fighter. She is greatly admired by the other members of the Royal Guard for both her strength and beauty, resulting in them loyally following her orders to the letter.

Aviator Sukatto: Captain (former)
Add a photo to this gallery 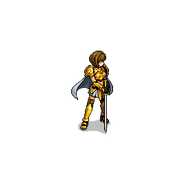 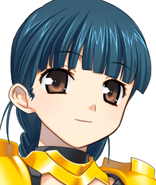 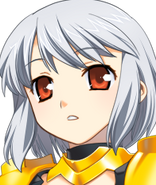 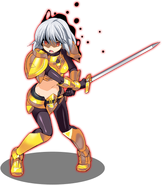 A group of royal guards' battle sprites in Kichikuou Rance.
Add a photo to this gallery
Retrieved from "https://alicesoft.fandom.com/wiki/Leazas_Royal_Guard?oldid=127762"
Community content is available under CC-BY-SA unless otherwise noted.