There are 5 recruitable ninjas in the game. You can you use all of them once per turn to

When you send a ninja to weaken an enemy, There are two RNGs that come into play:

First, there's a chance that the ninja is captured:

Second, as long as your ninja was not captured (even if you lost a substitute ninja), there is a 50% chance of failing the sabotage city action.

Each ninja has a unique effect to weaken an enemy city, if successful.

Additionally, all your recruitable ninjas are associated with another general, and will randomly attack an enemy general for 1HP when they attack (not effective against demons).

There's a handy item just for spies that you can get from Pluepet called the Substitute Ninja.

If any of your ninjas is caught when you send them to sabotage a city and you have a substitute ninja, you will lose the substitute ninja, and the ninja still has a chance to succeed at weakening an enemy city.

Description: A treasure that's considered highly rare even in JAPAN, home of the ninja. It's a piece of wood that magically appears out of nowhere to take a ninja's place if it seems like they're going to be captured. A lord simply needs to possess it for it to affect all of the lord's subordinates. 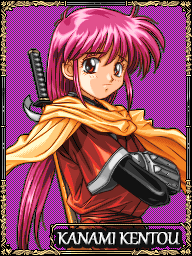 How to obtain: Start of Leazas phase (automatic)

Effect when successfully sabotaging a city: Reduce the city's defences by 1

Appears in battle with: Menad 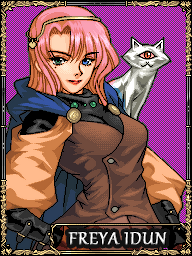 How to obtain: Two or three weeks after attacking Helman, Freya will appear randomly in your original Leazas/Rebellion territories (only way to know which is a rare start of turn event where Maris tells you where she is, or just levying blindly). Levy the city she's in to encounter her. After 3 encounters, buy the Ninja lime from Pluepet. Encounter Freya again and you will be able to capture her (thereby getting her CG) and recruit her by picking the option of paying her twice as much as Helman.

Appears in battle with: Hubert

Events: If you do not manage to capture Freya, she will eventually complete her mission and poison your food in a start of turn event and you will lose all or almost all of your money. This is required for Freya's happy ending. 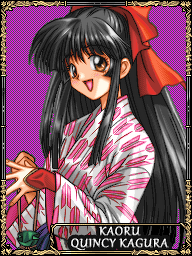 How to obtain: Recruit Gandhi then select her in the harem menu. After a start-of-turn event, she will be available as a ninja.

Effect when successfully sabotaging a city: Reduce the enemy troops' ATK or DEF

Appears in battle with: Gandhi 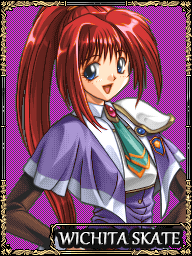 Appears in battle with: Magic 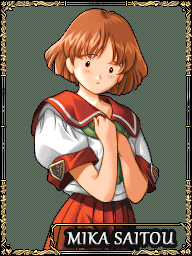 How to obtain: New game+

Effect when successfully sabotaging a city: Saitou has a 0% success rate at weakening enemy cities.