I-Com is a machine that lives in an information terminal in the Leazas capital. She looks like a mecha and a girl that communicates through a computer and interacts with the world by using a pair of pincerlike hands. Although she stated in Rance 01 that the face of a girl was only created "for the convenience of communication", it turns out in Rance 03 that her main "body" is a little girl living inside the machine. The conversation with her was ambiguous and it's not clear whether the body originally belonged to a real human, only to be later overlaid with a computer which is I-COM, or was the body and the control terminal created as a whole from the very beginning. In any case, she stated that she was only able to "distill the information stored in the brain cells of this body", and was also able to produce a distcint, human voice instead of her usual machine-like voice, which means there is definitely an organic body somewhere. She only comes out when the mecha needs to go through reparation or maintenance, using a floating sphere to move around instead.

She has a superior intellect and a truly remarkable skill for Information Magic, which is a very rare type of magic that emulates a computer, and is capable processing massive amounts of data.

In Rance 03, it is revealed that she was created in the year GI0998, 23 years before LP0006. The purpose of her creation was to investigate and look out for a bug that appeared in the system. This bug is in fact Rance and the system is the Planner Scenario, however, her creator's identity is unknown. It was stated in Rance 03 that whoever it was passed away a few years prior to the events in the game. 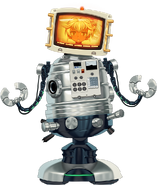 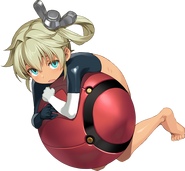