Fresh Fish Island is a location in the World of Eve, located far in the southwest. While technically a province of the Kingdom of Eden, the island is isolated to the extreme, home only to a small village (Fresh Fish Village) populated almost entirely by senior citizens. How this situation came to be is unknown. Boats to to the island at infrequent at best, and the only site worth seeing for the tourist is a ruin of Mother Eve on the island's southern side.

Despite the island's relative isolation, it is the home of Aster and his two "sisters," Kinou and Kyou. This relative isolation has left Aster relatively uneducated in the ways of the world, except in the local industry, fishing.

The bluntly named "Fresh Fish Monster" shares a name with this island - it is unclear if one is named for the other, or if this is a coincidence. The Fresh Fish Monster is a slightly more powerful foe than the typical "Fish Monster." 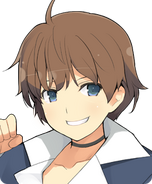 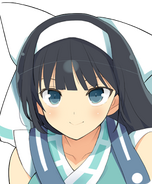 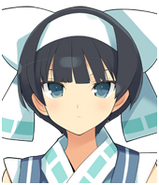 Kinou
Add a photo to this gallery

Aster's home in Fresh Fish Village.
Add a photo to this gallery
Retrieved from "https://alicesoft.fandom.com/wiki/Fresh_Fish_Island?oldid=103673"
Community content is available under CC-BY-SA unless otherwise noted.