The episode starts with the opening scene, showcasing the generals of the Leazas Army, including Barres Province, Leila Grecni and Rick Addison.

It continues where it left off after Rance was threatened by a Mysterious Ninja to stop investigating the case of Hikari Mi Blanc's disappearance. Rance gets mad and counter attacks, forcing the ninja to dodge. They have a short fight where the ninja has the upperhand until Sill appears panicking because Rance is in danger and starts casting a Fire Spell to drive her away. The Ninja believes it would be too dangerous to fight outnumbered and decides to retreat, jumping above the ceiling and quickly going out of Rance's sight. Sill shows her concern for Rance, but he's mad at her for letting the ninja get away, punching her as a result. He decides to leave it for now and return to the inn, since it's already late, claiming that they will find something eventually if they keep searching. Meanwhile, in the Pub, the bartender is overjoyed by his daughter's safe return, and Pulptenks cant' get Rance off her head.

The following day, Rance tries to enter in the Leazas Castle to investigate but he's stopped by the gatekeeper, who introduces herself as Menad and tells Rance he can't go in without a pass. Rance insists but Menad remains firm and says she would have to fight him if he tried to force his way in, much to Rance's annoyance. Rance starts wandering around the town thinking what to do and concludes that it's Sill's fault so he decides to punish her. He starts searching for her in Paris Academy, but he's received by a green-haired student that tells her she was going to go to the Leazas Castle, which pisses Rance off. The girl deduces that she should have returned by now so she's probably taking a break in the park instead.

Sill is in the park where she encountered a puppy. She thinks it's cute and feeds it with a bit of her food but Rance appears and steps on it by "accident". Sill starts panicking and asks him to raise his foot but Rance doesn't care and keeps stepping on it. He stops upon seeing Sill's pass to enter to the Leazas Castle. She tells him that she got it from her teacher, but Rance gets mad because it's something extremely important that she should have given to him as soon as she received it, so he decides to punish her. Rance then has sex with her in the park, without caring if anyone is watching them.

Rance returns to the Leazas Castle and presents the pass to Menad, who is completely shocked that he actually had a pass and wonders if he stole it from somewhere. Rance refutes the idea immediately, claiming that he's a righteous Hero of Justice and that he is searching for a ninja, comment that catches Menad's attention.

Upon entering the Leazas Castle, he notices the Coliseum, a giant ring stadium where fighter battle at everyone's sight. Among the names of the contestants, he's surprised by one fighter who's name was announced as "Ninja Master" in the chart, so he guesses that it must be the Mysterious Ninja that attacked him the previous night and that knew something about Hikari.

He returns to see Menad and asks her about Ninja Master, telling her that he plans on entering the Coliseum to confront the ninja and get some clues about Hikari. He explains Menad that he's investigating the case of Hikari's disappearance and asks her if she knows how he could get in the Coliseum. Menad claims to have a participation ticked that she can't use because she can't leave her job as a gatekeeper during the hours the coliseum matches take place, but she doesn't want to give the ticket to any random adventurer, so she asked him to help her get rid of Undead Monsters that are lurking on the Leazas Cementery on the night, in exchange of the ticket, since she could also test him if he's good enough to participate in the Coliseum. Rance is annoyed by the proposal but still agrees.

Somewhere else, Millie and Patty are taking a bath together. They are talking about Rance, who's an uncommon customer and Patty is surprised to see somewhere from outside of Leazas. Millie is uninterested and gloomy like always and states that if his luck is bad, he's probably going to die soon.

At night, Rance and Menad are fighting Undead Monsters of all types and rapidly exterminating them. Menad is surprised by how strong Rance is, which Rance responds by complementing her back saying how she fends herself really well too. Rance comes up with a competition and tells her that the one that kills the most monsters gets to make the other do whatever the winner wants. Menad accepts but is wondering what Rance would want, which he responds that he obviously wants to have sex with her, which makes Menad a bit worried. While they are talking they were still fighting monsters, but Rance's comment makes Menad lose concentration and she's caught off-guard and attacked from behind by a Zombie Elf before being saved at the last minute by Rance. With all the monsters gone, Menad remarks how neither were really counting how many monsters each took down but Rance says that the number doesn't really matter. She's uncertain and lacks self-confidence because she claims that she was always really treated like a man because of her boyish looks and tomboyish attitude, but Rance says that only idiots wouldn't find her cute. Rance then kisses her and he takes her virginity in the cemetery. After they are done, she tells him that is nice to be treated like a woman every once in a while, but that now she's probably going to feel lonely. Rance responds by saying he will come to visit her again, which makes Menad happy and tells him she'll be waiting him.

The next day, Rance is taking part in the Coliseum and fights several fights. He battles and defeats the fighters Jean Gyanban 2nd, Alexander and Fubri Matsuhita. He's quickly advancing in the ranks and becoming more popular, and now he's finally going to face Ninja Master in his next match. The presenter introduces Ninja Master, who makes his appearance behind a flashy pink smoke-screen. Rance is happy because he's finally going to be able to fight the ninja that attacked him and is making plans about how he's going to punish her when he wins. However, the so awaited Ninja Master turned out to be a completely different person, being a weird and odd-mannered man. Rance is pissed that he isn't the "annoying but cute ninja" he was searching for and attack him immediately, beating him before he had the chance to properly use his ninja techniques. He leaves the ring annoyed because he lost his only clue but is greeted by an attractive green-haired woman who claims to be impressed by his performance and wants to talk with him in private. Rance accepts right away and follows her.

The woman takes him to the very center of Leazas Castle, to the Royal Palace where the royalty of Leazas lives in. She tells him that the princess became a fan of him after seeing him in battle and that she wants to meet him. Rance is happy that he gets to meet the sole princess of the Kingdom, and the woman presents herself as the princess' hand-maiden, Maris Amaryllis. Rance is curious and gets the feeling that he had met Maris before, but she denies it by saying she never leaves the Princess' side so that wouldn't be possible.

They get to the princess' room and Rance's greeted by the formal yet cheerful princess, who presents herself as Lia Parapara Leazas. Rance notes that she scores 100 points in his "Cute Scale". Lia expresses how much of a fan of him she became after seeing his matches and tells him that she needs someone strong. Apparently, an abandoned mansion was plagued with Ghosts, and she wants Rance to get rid of them. He's unsure because he's never dealt with ghosts, but Maris remarks that if he helps them he might get information about a certain ninja he's looking for. He thinks that's good but that he was also expecting a more "erotic" reward, which Lia responds by laughing and making Maris offer herself for it. Rance instantly agrees upon picturing Maris naked on his head. Lia says that they are counting on him and Rance leaves while thinking how great Maris' breasts were. However, he's also wondering how is he going to be able to cut the ghosts that don't have a tangible form.

Not too far from Rance's position there's a crowd of fans following a fighter. Rance wonder who are they following and some fans tell him that's the Coliseum's Champion, Yulang Mirage, a woman of great beauty who's famous for remaining undefeated. Rance agrees that she's certainly beautiful and looks strong, but her sword catches his attention. Yulang salutes Rance, who remembers him for being the newest fighter of the coliseum that has been winning all his fights lately. Rance presents himself as the man that plans to win all his matches in the tournament, which Yulang takes as a challenge and says she'll be waiting for him. Rance curiously asks about her sword and Yulang explains that is a special sword capable of cutting through material and immaterial, including Ghosts. Rance states that he needs such sword and asks her to hand over it, but she refuses it and makes a bet that she would do what he says if Rance managed to defeat her in the coliseum. Rance however, declares that if he wins he will take the sword and sleep with her, statement that gives Yulang a laugh and remarks how confident Rance is, stating that he would only be able to win if he was able to dodge her special attack the "Illusion Sword".

Later on, Rance is watching a match between Yulang and Louis Quitowack. Yulang quickly disappears from Louis' view and finishes him off with one hit using her special move Illusion Sword. The audience is shocked by the fact that she opened the match with her finishing move and ended it so quickly. She then raises her sword and stares directly towards Rance with a challenging gaze, who laughs and shouts about how excited he's of having the strongest woman of the coliseum moaning in bed with him.

The scene moves to some unknown location where Hikari is being kept in an awful condition and ends the episode with her shouting for mercy to an unknown individual that entered the room. 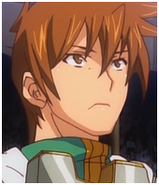 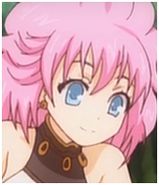 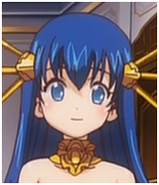 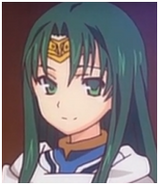 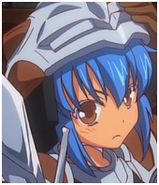 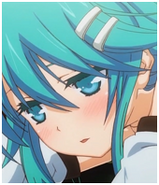 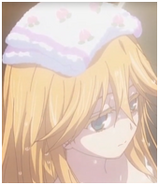 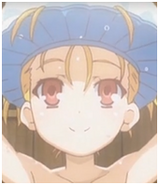 Patty The Summer
Add a photo to this gallery
Coliseum 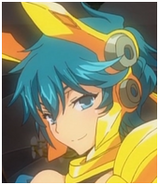 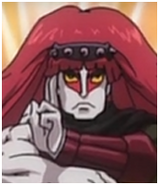 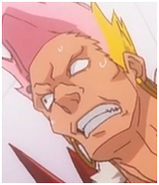 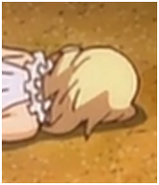 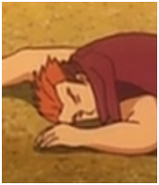 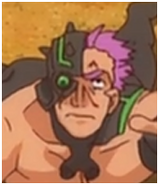 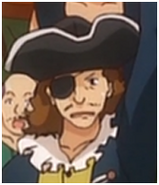 Presenter
Add a photo to this gallery
Others 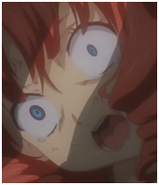 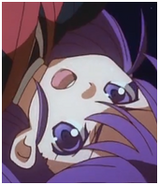 Mysterious Ninja
Add a photo to this gallery

Retrieved from "https://alicesoft.fandom.com/wiki/Forward!!_To_the_Center_of_Leazas!!?oldid=89731"
Community content is available under CC-BY-SA unless otherwise noted.