Mermaids, ogres, unicorns and other fantastical beings are much stronger than humans and possess abundant knowledge and wisdom. They lend their aid and guidance to human beings, who in turn worship their benefactors. One of the human nations, the Dragon Valley, reached power and prosperity via the blessing of the strongest of the fantastical beings – the dragons.

One day Est, the prince of the Dragon Valley, had a fateful encounter with a nameless dragon girl. He named her Qoo, and she promised to aid him in time of need in exchange for his help in granting her most important wish. Years later, when a coup d’état put an end to Est's carefree life, Qoo came back to fulfill her promise. 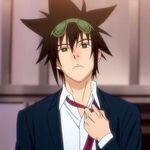