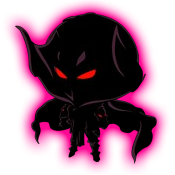 The Demon King System (魔王) is one of the most important features of the Planner Scenario, serving as a counterpart to the Hero System. It was devised by Supreme God Planner in order to fill the world with chaos and despair and satisfy the Creator God Ludo-Rathowm's childish desire for entertainment. The Protagonist Race and the Antagonist Race were constructed to fulfill their role as eternal enemies; portraying a never-ending conflict that would forever appease the Creator God's boredom.

The Demon King is the ultimate life-form of the Continent, standing at the top of the Antagonist Race; maximum ruler of the Monster Realm and Dark Lords. The true arbiter of the Demon King System is a dreadful entity known as Blood Memories that exists within the Demon King's blood. Created by Planner, the blood fills the host with a tremendous bloodlust, hatred and desire to bring ruin to the Protagonist Race of present. Described as the most malicious entity in existence, Blood Memories embodies all the cruelty and hatred in the world and extends it to the Demon King, twisting their personality and character of those that inherit the position to the point of being unrecognizable to their former self. To an extent, someone with a strong will is capable of suppressing the urges of the blood's influence but only for a temporary period of time and, with enough time, even the most peaceful and gentle individuals would turn into twisted and sadistic monsters. The intensity of the bloodlust varies depending on the individual's personality and level of strength.

Because the Demon King is such a monumental figure in the continent whose decisions shape the lives of all that inhabit it, the eras in the calendar system of the continent are divided based on the current reigning Demon King. In the headquarters of the AL Church a historically important flower named Aconka Flower remains. This flower is usually closed but when a new Hero or Demon King is born, the flower blooms and speaks to everyone, informing the world of the new player. 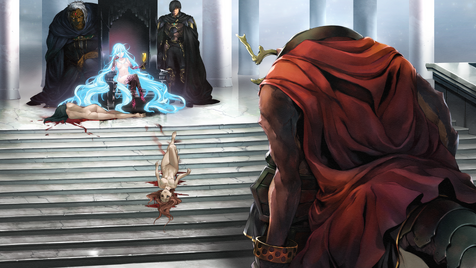 Only a single Demon King can exist at any given time, as it is meant to be the ultimate being in the mortal world. Prior to the era of Demon King Ssulal they also ruled indefinitely but, following an audience with Planner, the Demon King's reigns were limited to a 1000 year timeframe. In exchange, the Demon King and Dark Lords were granted an Invincibility Field that would protect them from all attacks. To circumvent this, Planner created the Hero System as well to give humanity an edge against the Antagonist Race when they were pushed to the brink of destruction. The blood of the Demon King is also the source of their extraordinary power, strengthening even a normal girl to a godlike level. At their peak, the Demon King easily surpasses 2nd Class Gods, although they quite don't reach the might of the 9 First Class Gods or the Three Devil Princes. The Demon King craves the blood of the Protagonist Race, and has the ability to drain blood from its enemies.

The Demon King is also capable of sharing their blood with other lifeforms to create powerful servants called Dark Lords although the process weakens the Demon King a little bit. A set limit of only 24 Dark Lords was placed by the Gods however, preventing the Demon King from creating a large force of Dark Lords that would spread the blood too much. If all 24 slots are filled, the Demon King's power is at about 80% of their max potential, making the power they share with their servants somewhat close to a 1%. While this may seem low, it is more than enough to make Dark Lords some of the most powerful beings in the continent, which truly illustrates how immensely powerful the Demon King is compared to everyone else. To create a Dark Lord, a living being must ingest the Demon King's blood in some way. This forms a blood pact that grants the Dark Lord eternal youth, great power and the invincibility field in exchange of their servitude. The pact gives the Demon King absolute command over the Dark Lord and they are incapable of going against the orders of their master unless their powers are nullified in some way.

After the 1000 year period has ended, the Demon King must choose a successor. Planner grants them a 15 year grace period for them to find someone suitable for the role, although they typically search for one long before that time comes. While anything that qualifies as a lifeform can be turned into a Dark Lord, only a select few can become Demon Kings. The process involves a blood inheritance ritual that transplants Blood Memories into the new host. The chosen one must be someone with an innate talent for destruction, an extremely rare trait even among the large array of creatures within the continent. It does not matter if they are weak, strong, young or elder; if given to the wrong person the blood will reject them and inflict them excruciating pain and grievous wounds. If the ritual continues regardless the process could potentially even endanger their life. Even when the blood find a host with a strong affinity, the ritual typically involves a few hours of intense pain until it settles down. Once the ritual ends, the former Demon King loses all connection to Blood Memories and is reduced to a regular member of their original race, be it human or whichever. Without the blood or the status, their personality also reverts back to that of their original self and get to live the remainder of the life like any regular mortal until their times comes naturally.

If a successor has not been secured even after the 15 year grace period, the Demon King will lose their Invincibility Field and ability to command Dark Lords. Then, for the following 50 years they will being to gradually lose their powers, ultimately leaving them completely vulnerable. If a successor still hasn't surfaced, Planner will reduce the Demon King to a blood pool and and select a new successor himself. Because the pact with Dark Lords is technically with the blood and not the Demon King themself, authority over all the existing Dark Lords is inherited as well, allowing them to keep control of any subordinates the previous Demon King may have acquired.

If a Demon King is killed and their killer is bathed in enough of their blood in the process, they inherit the position and transform into the new Demon King. If this does not happen and the Demon King is killed without passing on the blood to someone else, Supreme God Planner will immediately select someone in the world with the capabilities to inherit the blood and forcefully turn them into the next Demon King. Most people don't know about this and see the Demon King as the ultimate enemy to take down but the existance of this system means that trying to kill the Demon King is a fruitless endeavor. Even if a Hero or someone else succeeds at such a titanic mission, a new one would be selected right away, rendering the effort pointless. 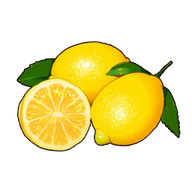 Once the ritual has been completed, the transformation into an agent of destruction becomes something inevitable. The intense bloodlust and hatred were designed by Planner as a way to ensure that the Demon King would bring ruin to the Protagonist Race, providing a source of conflict for the world of Ludo-Rathowm. There are some ways to delay this transformation however. The most simple one is through the consumption of a rare fruit named Hirami Lemons. These are very bitter, must be consumed on a regular basis and lose efficiency over time, but they are capable of completely suppressing the effects of the blood temporarily, allowing the host to retain their original personality and greatly suppressing their power (although their body is still much stronger than any other living being). Beyond that, any ability, item or technique to purify Soul Pollution like Fukuman or the legendary Clausen Hand are very effective at restraining the Demon King's impulses, allowing them to retain their sanity and personality if nothing else. At its most simplistic level, just about anything that is capable of consistently soothing the host's mind and soul is potentially capable of pacifying their urges for destruction. Any such method is bound to naturally lose efficiency over time however. Once someone is transformed into the Demon King it is near-impossible to revert back, with the only conventional method being to simply perform the inheritance ritual on someone else.

There is an alternative method to effectively restore a Demon King back to their previous race without passing on the blood to anyone. Said method involves the creation of a special potion with a ridiculously convoluted elaboration process. The materials necessary for the first step to prepare the potion are the following:

Gathering such absurdly specific materials would take hundreds of years unfortunately, and this is only the first step of the whole process. Furthermore, the fact that the synthesis of such a potion demands human hearts out of someone that is rejecting a Demon King transformation trying to restore their humanity is a cruel irony. According to Ho-Raga, the very existance of such method is no more than a nasty prank from God.

Prototype to the System[]

Near the dawn of the world before Planner crafted the Demon King System he first experimented with the creation of an extremely powerful creature named Toros. It was birthed as a mere experiment from Planner, meant to test the waters before implementing the idea of the Demon King. Although it is an extremely ancient lifeform, legend says that he may still lurk somewhere in the continent. If it continues to exist, its current whereabouts are a complete mystery however.

In the old canon described in Kichikuou Rance, Toros was accompanied by 7 proto-Dark Lords that it grew from the earth. The blood pact that grants the Demon King absolute authority over Dark Lords had not been conceptualized at the time, with Dark Lords being born as mere extensions of Toros. This means that the Dark Lords at the time had the autonomy and freedom lacked by their modern counterparts, which allowed them to even go against their creator. According to old setting information, one of its Dark Lords strengthened himself enough to be able to overpower and kill Toros himself 3000 years following their birth. As an experiment, it was considered a complete failure. Learning from this mistake Planner granted the Demon King with the blood pact to ensure servitude from the 24 Dark Lords.