The Dai Series is a trilogy of turn based strategy/conquest games created by Alicesoft. The series is one of the company's most well known and best selling titles after the iconic Rance games, and has enjoyed large amounts of acclaim and publicity since its inception.

Despite being considered a single series, the games under the "Dai" label are not direct sequels to one another, and in fact are completely unrelated in terms of both plot and setting. Additionally, rather than having a single artist draw all of the art for the game, each game in the Dai series has several different artists create designs for a set of characters. The major quality that unites the three games as a series is their similar gameplay, which involves gaining total control over an area by conquering territories, gathering and increasing funds, recruiting and building relationships with allies and maintaining order within conquered regions. Due to the large number of activities the player is required to keep track of all at once and the expansive cast of characters that make up each game, the series is notorious for its hectic gameplay and steep but rewarding learning curve that give it an extensive amount of replay value, as well as a large amount of erotic content.

The games in the series include: 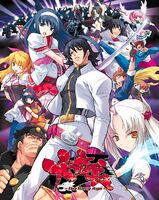 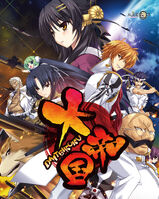 Daiteikoku
Add a photo to this gallery

Beyond the various gameplay similarities between each game, there are a number of recurring thematic concepts used throughout the series:

Retrieved from "https://alicesoft.fandom.com/wiki/Dai_Series?oldid=85973"
Community content is available under CC-BY-SA unless otherwise noted.