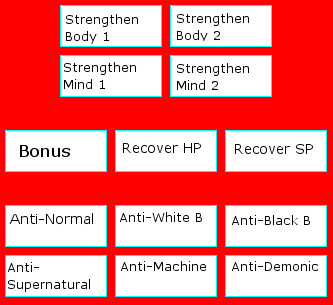 There are three types of Range:

Range affects when a character attacks. With Long Range, they attack immediately, but with Medium and Short Range they must move closer. It is possible that they can be hit before their attack. At this point, they will either counter or the turn will end without their attack.

Some skills are pre-emptive, meaning they happen immediately, regardless of either characters' range. Rouga, Kuga, and Vandain have skills of this type. With Kuga's skill, the opponent is always unable to counter, regardless of their counter rate.

You can beat enemies without getting hit by using Range type and Anti-Alignment types.

Make sure to know their Range type and Anti-Alignment types to be prepared to fight enemies.