Though the game was first released in Japan on February 29th, 2008, during the Anime Expo of July 5 2015, MangaGamer announced its partnership with Alice Soft thus officially opening the company to the western Market. Beat Blades Haruka was somewhat surprisingly the first game announced following the partnership, and was released on February 23rd 2016 (8 years after its initial release), making it the first Alicesoft game to have an official English release.

The game's soundtrack was released as Alicesoft Sound Album Vol. 13.

Ikusabe Takamaru is a student at the Ten Treasure Academy, living an ordinary school life, seeking romances which are constantly interfered by Shihoudou Narika (the daughter of his apartment manager). One day, he fell in love at first sight with a transfer student named Takamori Haruka. On that very night, Takamaru and Narika became pursued by a group of mysterious seemingly immortal masked ninja. Just when they thought all hope was lost, Haruka appeared in kunoichi attire. Haruka explained to Takamaru that he was "the Dragonian" and the source of much of the Crescent Moons's power, and asked him to do H foreplay. This quickly gave her superhuman power that enabled her to defeat the mysterious creatures of the Noroi Faction.

However, this was just the beginning of a very long battle.

This game is considered a successor of Beat Angel Escalayer. The heroines gain power by doing H with the main character. This allows them to recharge their power, improve their stats and learn new skills to fight in future battles, which involve either fighting enemies appearing on the map at night or dungeons known as Tetra Castles. 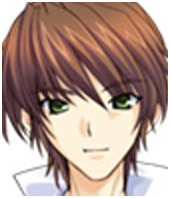 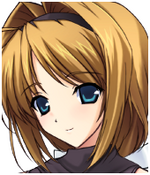 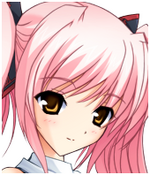 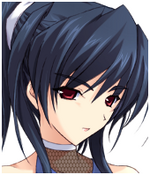 The most recent official version by MangaGamer was released on May 7, 2016, alternately titled v1.02 or Update 4.