Badb is the fourth of the Six Stars, and twin sister of Macha. Aside from having blue hair whereas Macha's was green and having a much meaner expression, Badb looked much alike her twin.

Badb wielded a great scythe, and despite the heavy armor she wore, was very agile. She greatly loved Macha, and was furious when Macha died, despite Macha being well satisfied in her demise.

Badb and a number of spider Duendies attacked Shou Ky's house, trapping Shou Ky inside as a bait to get Shura to come. The spider Duendies and a seemingly alive cocoon Duendy are tasked with blocking the patch. However before Shura gets there he is attacked by a flying Duendy sent in by Deirdre to weaken him as gift for Badb.

Whilst the flying Duendy could be killed normally, the Silk cocoon could only be paralyzed with the help of Arima's magic. The spiders had to be gassed with poison from Arima's garden as the more Shura killed, the more appeared.

When Shou Ky died protecting Shura, Badb gained immense power from the surrounding jaki, and managed to broke Shura's Kusanagi sword and blinded Shura's left eye. She was defeated when Arima used the power of the Ky with the help of Shou to drain all her jaki away. 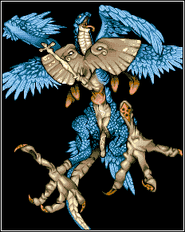 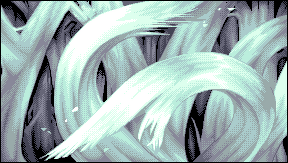 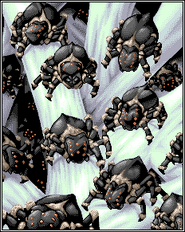