Originally just a local minor noble house, it avoided fighting and instead used negotiation to merge with neighboring powers, eventually managed to have a merger with the strongest power in its area, the Asai House, and changed the name of the house to "AsaiAsakura".

It's goal is to continue merging without fighting, and eventually unifying the entirety of JAPAN. 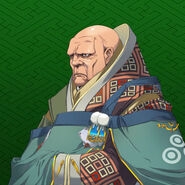 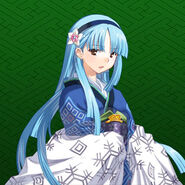