TPCD-0018
Alice Prizm is a series of doujin music albums with arranged versions of Alice Soft tracks. This is the fifth album in the series. It was released at Comic Market (Comiket) 67. There are 5 other albums in the series (1-4 and 6) with the last release in 2005.

It was published by 5/4TAKEPOD. There's partial credits down below and low res screenshots of the back. No image of any insert, so no full staff listing.

All music originally composed by: Alice Soft
All music arranged by: Takepon Maki
?Some track(s) by: 55Boze? 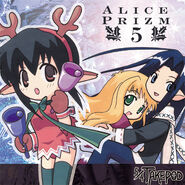 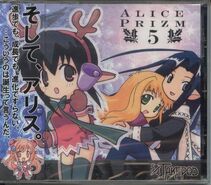 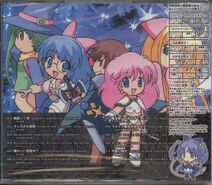